Jim Parsons, known for his uber nerd persona Sheldon Cooper on The Big Bang Theory took to the stage to work the wildly sucessful cult classic Rocky Horror Picture Show. Showing off some leg and a lot of attitude Parsons seems to completely transform in front of thee audience. Here’s more:

Parsons, who nabbed Emmy Awards in 2010 and 2011 for his turn as the geeky Sheldon Cooper on “Theory,” played the role of Dr. Frank-N-Furter from “The Rocky Horror Picture Show” at the 21st annual “A Night at Sardi’s” event in Hollywood. Proceeds from the event reportedly benefitted the Alzheimer’s Association, according to Just Jared.

Parsons’ sexuality was confirmed in a New York Times article last year. Of the 39-year-old actor, who was then starring on Broadway in a revival of “Harvey,” writer Patrick Healy noted, “Mr. Parsons is gay and in a 10-year relationship.”

Welcome to Carrollton, Georgia. A peaceful and quite southern town where its 1975, the First Admendment doesn’t exist and fascist Mayor rules with an Orwellian Big Brother type fist.  At least that’s what Mayor Wayne Garner would like everyone to think after shutting down a community theater’s production of The Rocky Horror Show at the city-owned Carrollton Cultural Arts Center because he found the content of the show, “very offensive, not in keeping with the community of Carrolton, and not for any other reason.”

Because of Mayor Wayne Garner’s little Nazi like censorship problem the group which decided to stage its October 27th production at a privately-owned stage elsewhere in the city is doing its best since the play lost both its funding and use of the community theater, will now need to raise about $5000 and secure a new venue before it can go on.

If you have a minute visit thier Facebook page where you’ll find statements of support, up-to-the-minute updates on the situation, and links to another page with information on donating to the play fund. Every bit of support, even if it’s just dropping by to say “good luck”, is deeply appreciated. I am sure.

And as for Mayor Wayne Garner. “Don’t dream it.  BE IT……Beyatch! BITCH!”

Susan Sarandon who starred in a movie whose lead character and star was a Transvestite, the 1975’s original The Rocky Horror Picture Show before Jarret Barrios of GLAAD was even old enough to have his first wet dream has come out swinging at GLAAD’s hys-trans-teria over the fact that GLEE in its “Rocky Horror Picture Show” homage  pulled the word “transvestite” from the script but had no problem using the word “tranny” (and equally bizarrely stripped the show of its cross-dressing dressiness.

Sarandon’s reaction to GLAAD’s outrage over the word “tranny”?

“Nonsense,  What should they have said?” she asked, adding that she knew plenty of people who proudly called themselves “trannies.”  “GLAAD is “getting like PETA — way out of control.”

Responds GLAAD’s  Richard Ferraro: “The word ‘tra—y’ has become an easy punch line in popular culture and many still don’t realize that using the term is hurtful, dehumanizing and associated with violence.”

I don’t want to insult the trans community. Now not being a transvestite I am not really sure if they themselves found GLEE’s (Which happens to to gay friendly show on the air) offensive in the context it was used.  Which btw was not used for cheap laughs as GLAAD states.

One thing I do know is that perhaps GLAAD should show the same veracity to the REAL BIGOTS who verbally assault us everyday.  Like I don’t know.  Republicans, hate groups, and those types. And start picking their battles better.

As for Susan Sarandon…..Dammit Janet.  I love you.

Like Loading...
* The GLEE Rocky Horror Picture Show Promo is here! (Yea an episode with Corey Montieth in his tighty whities!)

*  Back in April of 2009 as I reported here cross-dressing UK singer Marilyn spoke about having a gay relationship with HOT Bush frontman Gavin Rossdale.  Gavin’s been quiet about it until today when he finally acknowledged that YES he did indeed have a gay affair with Marily.  But also hastens to add at the end of the interview that “It’s a part of growing up. That’s it. No more, no less.” It was just the one time”.  Just the one time Gavin?  C’mon, last year it was no times dude.  Embrace it man.  We love you.  You are hot as h ell dude.

*  On October 19th  the long overdue DVD release of Season One of The Bionic Woman will be released!  All 14 episodes of the first season (it was a mid-season replacement), plus the five episodes of The Six Million Dollar Man that first brought us the story of Jaime Sommers (who was a pro tennis player until a skydiving accident led to her bionic surgery, that led to her death) and don;t forget MAX The Bionic Dog!

* Smelling more money the BBC has decided that  Doctor Who will no longer be limited to twelve regenerations, and is effectively immortal.  The big revelation comes in an episode of spin-off show The Sarah Jane Adventures, airing October 25 and 26 in the UKNo explanation will be given. It kind of removes the stakes for the Doctor, doesn’t it?  BRING BACK DAVID TENNANT! 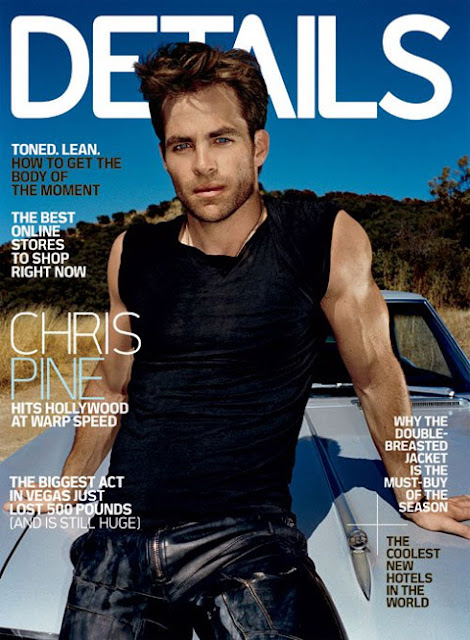 There was alot of news that came out of the San Diego Comic-Con 2010 via Glee’s creator Ryan Murphy here’s some of the GLEEK scoops:

The Britney Spears episode, called “Britney/Brittany” will be airing in September and will consists of six songs. While Mr. Schuester will spend the whole episode refusing to do Britney songs, Tina will fall out of love with Artie and start falling in love with Mike Chang (GASP!), Murphy was asked to do a Glee movie, but he declined. He did say if he were to ever take Glee to the big screen, he’d want to do “a 3-D concert version from Radio City.”  Idina Menzel will be back for season two as Rachaels mama.  Murphy is also going to explore Artie’s mother, Rachel’s two gay dads, (No news on Barrowman, yet) and he also believes that Brittany has a “really smart older sister. who might get introduced,  and last but not least there will be a “Rocky Horror Picture Show themed episode..

Interstingly there was no talk about Puck, Finn and Kirk.  Hmmmmm, perhaps the boys leave Lima, Oho and move to West Hollywood together?

Check out the whole story at E Online

In a distance galaxy, far far away…….

Well actually it was 1979 in NYC’s Greenwich Village at the 8th Street Playhouse.  Tom Snyder’s “The Tomorrow Show” did a segment on The Rocky Horror Picture Show and the 8th Street Floorshow.  And I was there.  Not only was I there I was a member of the floorshow. (I told you I was old)

So when you watch this report.  (And yes the quality is not that great but it IS from 1979 after all) and you hit the 5 Minute and 21 second mark and wonder who that cute 17 year old twink is playing Eddie and being interveiwd.

Well thats me.  (Please be gentle)

My kingdom for a time machine…..