Via Truth Wins Out:

Norman Goldwasser, by day, is an Orthodox Jewish therapist at Horizon Psychological Services who compares homosexuality to Obsessive Compulsive Disorder and misleads clients by claiming that their sexual orientation can be changed with his special brand of quack therapy, which is rejected by every respected medical and mental health association.

By night, an undercover investigation by Truth Wins Out has found, he solicits sexual partners on Manhunt, a gay dating App, using the profile “Hotnhairy72.”

During our operation, Goldwasser, going by the pseudonym “Dave”, offered to meet for sex with our operative, “Brandon,” at a Fort Lauderdale motel room. Goldwasser also had a profile on Bear Nation by the same name.

This latest scandal comes as the new movie Boy Erased(Starring Lucas Hedges, Nicole Kidman, and Russell Crowe) has brought a renewed spotlight to the issue of the harm caused by “ex-gay” programs.

Goldwasser is linked to JONAH, the ex-gay torture outfit in New Jersey that was sued  by the Southern Poverty Law Center only to close and then reopen under a different name.

Goldwasser has begged Wayne Besen the owner of Truth Wins Out who broke the story for mercy.

Besen responds:  I reminded Goldwasser that he was asking for sympathy he never afforded his victims, some teenagers, as he coldly collected their money and ruined their lives. I also told him that only caring about his own predicament without apologizing for the harm he caused other people was narcissistic — something he could, unlike homosexuality — fix by visiting a real therapist.

According to the Miami Herald. Matt Drudge, the biggest Homo-CON closet-case on the internet has made the very generous gift of a $700,000.00 house to his “friend” and “roommate” of the past 11 years Juan Carlos Alvarado for a total of $10.00 in paper work fees.

Internet aggregator Matt Drudge sure has become a generous man after 20 years as the left’s whipping boy and the conservative right’s digital voice. Drudge last week gave away half of his real estate holdings in the far south Miami suburb of Redland.

If you believe the quitclaim deed that appeared in records Jan. 15, the founder of The Drudge Report surrendered the property that’s adjacent to his $1.45 million homestead to a man with whom he shared the same addresses for the past 11 years.

The lucky new homeowner was identified as Juan Carlos Alvarado, 55. He did have to pay Drudge a grand total of $10, the paperwork shows.

Florida state records show Alvarado once held a real estate license and has lived alongside Drudge in a Collins Avenue condo, a $1.57 million house in the Venetian Isles in Miami Beach and, finally, on Southwest 157th Avenue, where Drudge has been assembling land.

Quitclaim deeds are typically used as a tax saving scheme used in divorces or to transfer property between family members so the real owner can dodge paying the taxes on the property.

What a FABULOUS closet that hose must have. Probably so big the entire house were planned around it

Yesterday Back2Stonewall awarded Jimmy LaSalvia co-founder and the executive director of GOProud the “Tweet of the Day” over his “ironic” tweet about “faggots who line their pockets with checks from anti-gay homophobes while throwing the rest of us under the bus.”

But alittle later LaSalvia explained the comment writing:  I was talking about Rick Perry’s pollster/strategist.

Did LaSalvia just OUT Rick Perry’s Pollster/Strategist Tony Fabrizio as being a big fat closeted homo?

Tony Fabrizio of Fabrizio, McLaughlin & Associates in addition to serving as pollster and strategist for Senator Bob Dole’s 1996 presidential campaign has worked for more than a dozen GOP senators, more than 50 congressmens campaigns,  It was Fabrizio who destroyed Florida AG Bill McCollom for Rick Scott using the Arizona immigration enforcement law.

So is Fabzrio the strategist behind Perry’s recent attacks on the LGBT Community to cowtow to the extreme religious right nothing more than a greedy self loathing closet case ala Ken Mehlman?

Well if anyone would know the “Who’s Who” of D.C.’s  Aunty Tom registry it would be Jimmy LaSalvia and GOProud.

GayHomophobe.com is an awesome site built by @saizai which catalogs all the homophobes (most of them right-wing, family values, religious bigots) that have been outed as card-carrying Mary’s after taking an overt and active anti-gay stance. It’s awesome. Take a look at the list and let Sai know if he is missing any of these slimy characters. At the time of this post, it’s been 9 days since the last outing. I wonder if we’ll see Marcus Bachmann on this list soon?

Lavender magazine has outed anti-gay Minneapolis pastor Tom Brock as a gay man. (He’s the loon who made a whole bunch of waves by suggesting that the twister was God’s retribution for the Evangelical Lutheran Church of America voting at its national convention in Minneapolis that day to take up — and pass — a resolution that allows for openly gay clergy could serve as ministers)

Well Lavender magazine has outed Brock by  going undercover at a [12-step] meeting of gay men ‘struggling with chastity.'” (Sponsored by the Catholic Church of course)

My first encounter with Brock was at a confidential meeting of gay men “struggling with chastity” at St. Charles Borromeo Catholic Church in St. Anthony, a suburb northeast of Minneapolis. It’s not a Lutheran church, but rather a Catholic one. This group is sponsored by Faith in Action (FIA), Minnesota’s official arm of the global Catholic gay-chastity-maintenance organization called Courage. It models itself after the Twelve Steps of Alcoholics Anonymous.

And Hamilton Nolan over at Gawker is pissed that Lavender magazine had the nerve to break the sacred privacy of a “12 Step” program to go undercover and out Brock.

To OUT or not to OUT that is the question?  And I say OUT THE FUCKERS!

How can anyone think of this as a “privacy” matter?  No one should  protect anti-gay public figures who are homosexuals who are so self loathing that they go out of thier way to ruin the lives of gay men and women everywhere.  No one evercomplained at the infiltration of the KKK to undermine their power back in the day.  And personally I see this as no different; this guy’s in a position of power that he abuses; whatever takes him down is fine by me.

This “‘struggling with chastity” 12 step group has NO legitimacy at all. especially since they’re Catholic faith-based sponsored  these are not sex addicts struggling to find a balanced relationship to sex. These are self-immolating homosexuals trying not to be homosexual. These meetings aren’t “saving lives,” they’re ruining them.

In other words KUDOS to Lavender magazine!

And to Hamilton Nolan over at Gawker.com

Stupid fucking article man.  Do they have “sacred” 12 Step Programs for that?

In an interview with Details magazine Rufus Wainwright says that he knows that 50 Cent is gay.

How? Because Mr. Cent has a funny voice and Rufus wants him. (That and the fact it’s a rather poorly kept secret in the music biz…….ALLEGEDLY)

Wainwright told the magazine, “I love, love 50 Cent. I think he’s just the sexiest, and a brilliant writer. And I know he’s gay.” When the writer asks how he knows, Rufus says, “That cute little voice of his. It’s okay, 50 Cent. Feel free to call me anytime. My boyfriend and I are experts. You can come over for dinner. And maybe dessert.” Me-ow! (Wainwright is talking about his long-term boyfriend Yorn Weisbrodt, pictured with him above.)

If the “because we want him, he must be gay” doctrine is true, then I’ll have to personally enlisted John Hamm, Ryan Gosling, and Joel Mchale into my Gay Pride Parade. (I’d invite James Franco but I think he is marching already!) 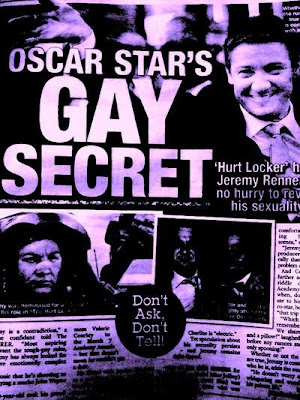 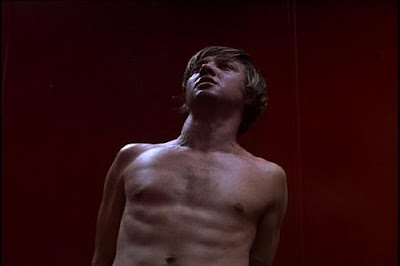 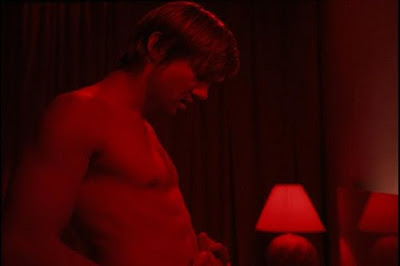