Well all I can say is that it’s about time! President Obama today issued a proclamation (full text after the break) barring entry to the United States for anyone who “participate[s] in serious human rights and humanitarian law violations and other abuses.” From the Washington Blade:

Specific language in the proclamation explicitly states that those who persecute people based on their “sexual orientation and gender identity” are among the categories of those who won’t be able to enter the United States.

This is especially important where homophobic African countries (e.g. Uganda and Ghana) are concerned. President Obama is finally catching up to where most European Union countries have been for a while.

While this is a great first step, more needs to be done. All U.S. aid to countries who tollerate and allow human rights violations and unfettered violence against the LGBT community need to have any and all U.S. aid withdrawn. The simple fact is “Money talks.” I do, however, want to applaud President Obama for taking this step. Better late then never.

Press the READ MORE button below to view the full Presidential

END_OF_DOCUMENT_TOKEN_TO_BE_REPLACED 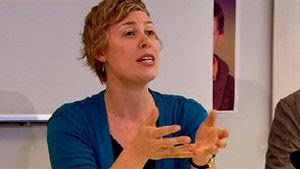