In the latest episode of his GQ web series The Closer, Olbermann  explains, this past weekend, Trump and his campaign spewed lie after lie after lie. And he’s fucking had enough of it.

“This weekend Trump was an unintentional and almost a complete preview of what a trump presidency would be like,” Olbermann said. “You and your little fascist friends like Rudy Giuliani manipulating the levers of government to try and win elections, presenting to everyone a universe designed to replace truth with imaginary menaces, and phony assassination attempts, and political prosecutions, and the demonizing of criticism, and the insane defiance of reality.”

The very first “political prisoner” of the antigay, meth-addled, paranoid micro-bloc of the American electorate. Thanks to Davis, I now know that my own country is pathologically immune to social progress and will put aside EVERYTHING—building bridges, educating children, fixing roads—to keep the gays from gaying more stuff up.

While most magazines publish a year-end list of influential people who have accomplished far more than most of  us ever will.  GQ has published a count  down the twenty-five least significant men and women of 2012.

And Number 1 on the list is none other than Mitt Romney.

Was anyone inspired by Mitt Romney? Did anyone vote enthusiastically for Mitt  Romney? Of course not. Voting for Romney is like hooking up with the last single  person at the bar at 4 a.m. The only successful thing he did this year  was embody every black stand-up comedian’s impression of a white person. Thank  God the election’s over. No more endless photos of Mitt staring winsomely  off-camera with that attempted smile on his face. No more glaring campaign  mishaps week after week after week. No more labored media efforts to make him  look like anything other than Sheldon Adelson’s pampered money Dumpster.  Good-bye, Mitt. I hope you enjoy the rest of your life quietly ensconced at Lake  Winnipesaukee, blissfully ignorant of the plight of anyone who doesn’t have $300  million squirreled away in the Bahamas.

In a recent issue of GQ Australia a writer doing an article on Taylor Lautner asked whether or not  Dustin Lance Black and Gus Van Sant, who are both openly gay, hit on him during a recent dinner together where Lautner replied, “No, definitely not. I think they know I’m straight. But they’re great guys. They’re a lot of fun.”

“Really Mr. GQ writer? I’m curious, will you be asking all of the handsome actors I’ve ever had the privilege of working with or meeting if I made passes at them as well?” I’d love to be there when you ask Sean Penn that same question. Or, Mr. GQ writer, were you projecting your own unprofessional desires onto me and Gus

Above and beyond this clear attack on my character, I’m shocked that GQ would allow their writer to lean on the scurrilous, outdated stereotype that gay men are by nature sexual predators. I mean, would you have asked this same question if it were Diablo Cody and Kathryn Bigelow at dinner with Mr. Lautner?

Leaning on lies, myths and stereotypes about gay people is hateful, harmful and outdated. It’s not the 1950s anymore GQ, it’s 2011 and it’s time to grow up.”

Well GQ has issued an apology (via it’s Facebook page not it’s website or print magazine of course) stating:

“We’ve seen some of the comments floating around regarding our recent interview with Taylor Lautner and apologize if anyone was offended by anything in the article.

It certainly wasn’t our intention to paint anyone in the story as a sexual predator. The point we were actually trying to push was that Taylor is irresistible to virtually everyone – regardless of sexuality or gender. Hence the film crew cheering at his shirtless scenes while shooting ‘Twilight’, and Mark Wahlberg deeming him better looking than Leonardo DiCaprio.”

Well I guess that’s something at least.

Perhaps GQ Austrailia never got the memo that GQ is the “Gayest Non Gay Magazine” and 10.39 percent of it’s male readers are gay or bisexual

Personally I think Dustin Lance Black is hotter than Taylor Lautner any day of the week! 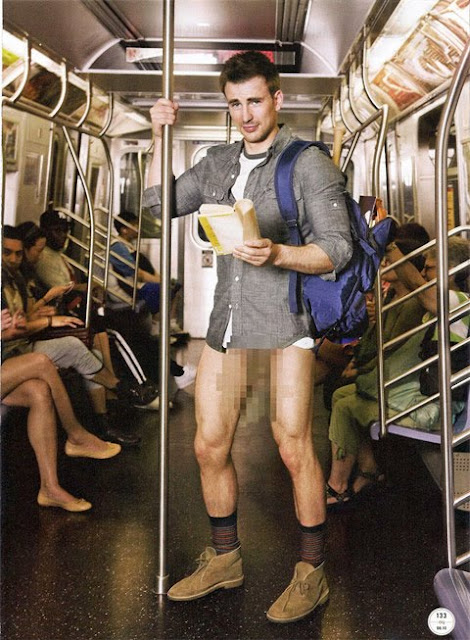