I know it’s the start of the holiday season and everyone is ready to devour copious amounts of food and drink while having laughs with loved ones. but I need to get this gripe off my chest before partaking into any festivities. And you can call me a prude or uptight or whatever other quantifiers you deem appropriate but I need to say this. Why is it acceptable in our community to make fun of what others look like? To take pictures of others and make fun of them? I ask this because lately I see a lot of it lately, on both twitter and facebook. And it’s disturbing.

It amazes and saddens me that during a time of year when we are innately calleed upon to spread goodwill and harmony but instead these anonymous pictures (without their consent) are satrewn all over the internet. It shocks me when people I once had a lot of respect for engage in this useless sport. Because it is some sort of twisted sport now, where it seems some in our community try to one up someone by captuuring thge most degrading images they can find.

Disgustingly taking these pics of people in need like the homeless and instead of you helping them find food and shelter you take a pic for the world to see that person at their lowest point? What the hell is wrong with you and have you lost all sense of humility aand morality? Laughing at them, critiquing these men and women at what could be their most vulnerable time and basically objectifying them.

This is particularly the case with some gay men in social media. In our society, where in many cases we receive so much spite and vitiriol on a daily basis for being gay. For wearing pink, or makeup, women’s clothes, or whatever society sees as “effeminate” but we know the truth. We know that we vary in opinion, personality and what is perceived as “manly”. We’re all complex, different, beautiful beings. And we rail against anyone when our differences are perceived as weaknesses. We are not and will never be weak.

So then please explain why the hell you think it’s acceptable to do that to another person. This petty rhetoric of discrimination on looks and demeanor. You can call it spilling tea as much as you like but when you do shit like this it really makes you look like a pretentious asshole.

Solely on the way they look? Is our community so fucking obnoxiously obsessed with the physical form that you have to degrade someone else to the lowest form? Look, I get it, we are stringent in our critiques of our bodies and while some feel there is a certain way to be gay, there’s not. But there is, however a certain way to be a decent human being and that involves not putting other people down.

Does that make you feel better when you claim to celebrate an ethnicity/culture/race when really all you’re doing is caraciturizing it? If you partake in this then that makes you a hypocrite. If you’re always stating how we shouldn’t be treated differently (and we shouldn’t) but you partake in this then you are the personification of a hypocrite. If you scream and yell at the thought of someone making fun of you because you’re gay and you do this, then you’re a hypocrite.

I’m not your parent, relative, boss or authority figure in any way, shape, or form. But think of the way you treat others, not only during holidays but every day. And I’m not saying what you should or shouldn’t see, feel, or do with your body. but honestly, how can you ever expect anyone to treat you with respect when you don’t do the same?  It’s food for thought. 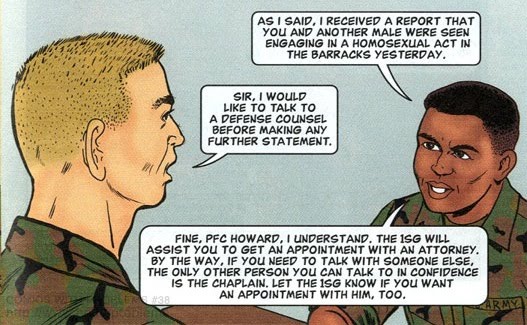