October is Gay History Month and 2011 marks 30 years since the mysterious “gay cancer” otherwise known as AIDS was first reported in the gay community.

Director David Weissman brings us “We Are Here:  The AIDS Years In San Francisco” which revisits the voices and the history of a lost generation by following five subjects—a florist, a nurse, an artist, an activist and a volunteer counselor—who share their stories of being in the throes of a catastrophe that the film aptly refers to as a “war zone.”

It’s impossible for a single film to capture the gay history of the late 70’s and early 80’s and the devastation brought  by AIDS,  but Weissman’s documentary is a powerful  historical achievement, focusing on the arrival, explosion and devastation of AIDS in San Francisco.

Using archive footage, home movies, and the AIDS generation survivors memories it makes a powerful statement of  historical rootedness the gay community and offers a intergenerational understanding of both personal queer history as well as political history of that lost generation.  There is not a hint of mawkishness, self-pity or self-congratulation. and armed with just their voices, wit, humor and memories, the film’s interviewees bring light, wisdom, and heartbreak with their stories of a time and a generation that must be remembered.

A DEFINATE MUST SEE!

We Were Here is now playing in limited release at select theaters . Check your local theatre listing or go to WeWereHereFilm.com  for and upcoming release dates and locations

All week the right wing and and tea party has been hyping and spinning the movie Atlas Shrugged: Part 1 as the little Tea Party manifesto movie that could but after its second weekend in release the box office numbers officially proves it can’t and is a bona fide BOMB!

Even despite the fact that Atlas Shrugged expanded from its original release count of 299 Theatres to over 465 Theatres in its second week, Its weekend Box Office fell a whopping -47.9% percent not even breaking a million dollars with a paltry second weekend box office of $879,000 and a 2 week gross of only $3,094,000.

Atlas Shrugged Part 1 cost 20 Million dollars to make and will not even come halfway close to breaking even by the end of its theatrical run.

Looks like the Goverment budget deficit isn’t the only thing the Tea Party has to worry about now and all you tea baggers out there better not hold your breath waiting for Part 2 to be made.

Oh wait.  Maybe you should.

Riverdale High, Full of teenage lust and secrets.  Hold on tight and see what Betty, Veronica, Moose, Jughead and Archie would be like today!

Filmed in the mid-to-late 1980s, “Paris Is Burning” chronicles the ball culture of New York City and the African American, Latino gay and transgender community involved in it. Many consider “Paris Is Burning” to be an invaluable documentary of the end of the “Golden Age” of New York City drag balls, as well as a thoughtful exploration of race, class, and gender in America

*CLICK directly in the middle of the Red Circle, wait for the Green Triangle Arrow to appear and then CLICK on that to load player.and to begin viewing,
ENJOY!

Like Loading...
Eric Roberts must REALLY be in some desperate need for money because he’s star of the NEW low-budget made-for-TV movie from B-movie king Roger Corman that’s coming out on NBC’s SyFy Channel sometime this year!
Well, on the bright side at least it doesn’t have Dean Cain in it. 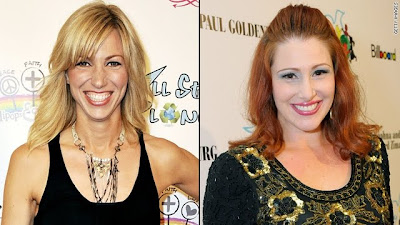 Sundance hit The Kids Are All Right, in which Moore and Bening play a lesbian couple whose teenage kids track down their sperm donor father now has a TRAILER!

And since America seems to have less of a problem accepting lesbians on screen, unlike I Love You, Philip Morris, this movie might actually get released!