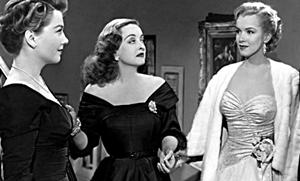 Did you know that on October 7th….

1943:  Famed author Radclyffe Hall passes away. Hall’s novel “The Well of Loneliness” was banned in several countries because of lesbian content.

In 1907 at the Homburg spa in Germany, Hall met Mabel Batten, a well-known amateur singer of lieder. Batten (nicknamed “Ladye”) was 51 to Hall’s 27, and was married with an adult daughter and grandchildren. They fell in love, and after Batten’s husband died they set up residence together. Batten gave Hall the nickname John, which she used the rest of her life. Under Batten’s influence, Hall converted to Roman Catholicism because for  Hall and other lesbians of the early twentieth century, such as Alice B. Toklas, the church’s erasure of female sexuality offered a cover for lesbianism.

In 1915 Hall fell in love with Mabel Batten’s cousin Una Troubridge (1887–1963), a sculptor who was the wife of Vice-Admiral Ernest Troubridge, and the mother of a young daughter. Batten died the following year, and in 1917 Radclyffe Hall and Una Troubridge began living together. The relationship would last until Hall’s death. In 1934 Hall fell in love with Russian émigré Evguenia Souline and embarked upon a long-term affair with her, which Troubridge painfully tolerated.

Although The Well of Loneliness is not sexually explicit, it was nevertheless the subject of an obscenity trial in the UK, which resulted in all copies of the novel being ordered destroyed. The United States allowed its publication only after a long court battle.

1959:  Pillow Talk, starring Doris Day, the closeted gay actor Rock Hudson, and the straight actor everyone thought was gay Tony Randall,opens in theaters and becomes the 2nd highest grossing film of the 1950’s.

1964:  Walter Jenkins, Lyndon B. Johnson’s top aide and best friend is arrested for having sex in the men’s bathroom of his local YMCA just blocks from the White House.

Married with a wife and children, Jenkins rocked both the Johnson administration and public perception with this high-visibility scandal.  Johnson did not replace Jenkins, (who eventually resigned much later)  but instead divided his responsibilities among several staff members and said that he  he would contact the press about the incident, but his wife, Lady Bird Johnson, issued her own statement of support for Jenkins.

Seizing on the opportunity during the 1964 Presidential campaign,  Barry Goldwater’s campaign offices distributed bumper stickers and buttons bearing slogans such as: “LBJ – LIGHT BULB JENKINS: NO WONDER HE TURNED THE LIGHTS OUT” and “ALL THE WAY WITH LBJ, BUT DON’T GO NEAR THE YMCA”.

The gay bashing made little difference, Lyndon Johnson won the re-election in a landslide.

Jenkins who was married and had 6 children, was never divorced from his wife and passed away in 1987.

1976:  Elton John comes out as bisexual (Haaaaaaaaa! Oh gurl!) n an interview with “Rolling Stone” magazine. Though he now identifies as gay, his admission of bisexuality initially negatively impacted his career, with many fans calling him a pervert and boycotting the purchase of his albums.

1987:  A US Justice Department report declared the most frequent victims of hate crimes are gays, lesbians, and bisexuals. A truth still today despite the fact that the trans community disputes it.  In the 2013 FBI Hate Crime Statistics report revealed that  over 60% of that statistic number for LGBT hate crimes accounts for crimes committed against gay males.

1989:  Bette Davis dies at the age of 81. Davis’ performance in Dark Victory (1939), was dubbed by Queer theorist Eve Sedgwick as “the epistemology of the closet.” Davis’ portrayal of the melodramatic Judith Traherne made her talent for playing someone with a secret revered and her “camp-worthy” dialog reflexive of the “flamboyant gay queen of the dramatic arts.” Ed Sikov, author of Dark Victory: The Life of Bette Davis, comments 20th century gay men developed their own subculture following Davis’ example.

Other Davis “gay classics” include Jezebel,  All About Eve, and the gay cult classic of all time Whatever Happened To Baby Jane also starring Joan Crawford.  ALL must see Gay 101 movies.

1993: Annie on My Mind and All-American Boys, two books with predominately gay themes, were at the center of a public book burning in Kansas City, Missouri. The burning was initiated by a donation of the books to a large number of high schools in the area, resulting in their subsequent banning within several school districts. The novels would go on to become the subject of a First Amendment lawsuit two years later, culminating in the return of the books to school shelves.

1993: The AFL-CIO unanimously approved a resolution to actively oppose attempts to repeal gay rights laws. The vote was held at the labor union’s biennial convention in San Francisco.

1996: Following a conservative Christian majority takeover of the school board in Elizabethtown, PA., in 1996, officials passed a “pro-family” resolution in regards to education, stating, “the traditional family is under relentless attack by those who want to redefine family to include homosexual and lesbian couples and by those who want to indoctrinate children in pro-homosexual propaganda against their parents’ wishes.” In protest, approximately 250 students simultaneously walked out of their classes on Oct. 7.