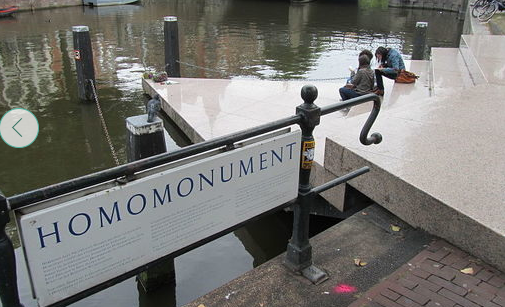 On September 5, 1987, Amsterdam’s Homomonument  was revealed and dedicated to all the gay men and lesbians who had been subjected to persecution because of their sexuality at the hands of Nazi Germany during World War II.

The Homomonument is the first memorial in the world that commemorate all the gay men and women who lost their lives in the Second World War. Under the Hitler regime, homosexuals were persecuted and eliminated just because of their sexual orientation, as they didn’t fit into the project of a big, strong Aryan nation. They had to wear a pink triangle on their clothes as a marker that they were gay

The monument takes the form of three large pink triangles made of granite, set into the ground so as to form a larger triangle, on the bank of the Keizersgracht canal, near the historic Westerkerk church. The Homomonument was designed to “inspire and support lesbians and gays in their struggle against denial, oppression and discrimination.”

As well as the triangle on the canal, which has a set of steps leading to the water where floral wreaths are frequently laid, there is a triangle on land 60 cm high and a memorial triangle at street level. The three triangles—each measuring 10 meters (30 ft) on each side—together form a larger triangle connected on each side by a thin row of pink granite bricks. This larger triangle measures 36 meters on each side.

The monument was originally designed in 1980, and commissioned after gay activists were arrested in 1970 for placing a lavender wreath on Amsterdam’s National War Memorial in Dam Square to remember all the gay men and lesbians who died during the war years. 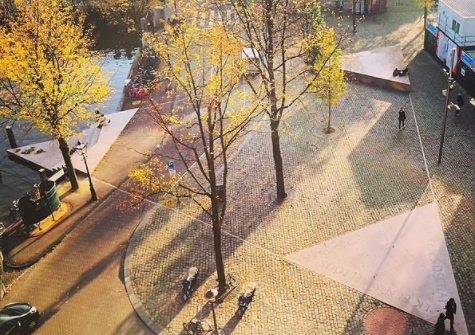 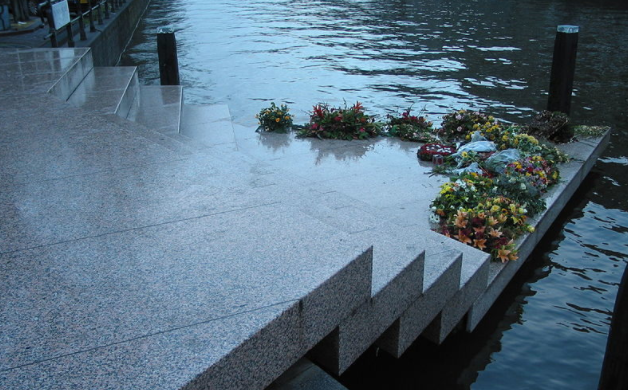