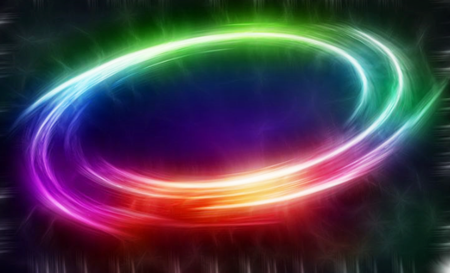 1924:  Jacob Israel de Haan, Dutch writer and journalist, is assassinated at age 42 for his contacts with Arab leaders. His killer claims never to have known about Haan’s homosexuality, and said further, “I neither heard nor knew about this,” adding “why is it someone’s business what he does at his home?” According to Gert Hekma, Zionists spread a rumor he had been killed by Arabs because of his sexual relations with Arab boys

1973:  The first lesbian conference in Canada is held at Toronto’s YWCA.

1974:  43,000 attended the 5th Annual Christopher Street Liberation Day Parade, more than double the number from the previous year.  The years parade included floats and themes for the first time./

1979:  In London, England, 8,000 join the Gay Pride march from the Embankment to Hyde Park to hear Tom Robinson sing.

1979:  A group of 40 people in Cincinnati Ohio who had reserved a city park pool in the division of Clifton for a Gay Pride party are attacked by local residents who throw rocks and bottles at them. Police arrived, watched for a while and then drove away doing nothing. One man had to be rescued by a television news crew. Police refused to return, even after several calls reporting a riot.

1981:  Governor Bob Graham of Florida signed the Trask Amendment into law which denied state funding to any university or college which allowed gay/lesbian/bisexual student organizations. It would later be struck down by the Florida Supreme Court as unconstitutional.

1984:  The Unitarian Church in the U.S. voted to approve ceremonies uniting same-sex couples.

1986:  The U.S. Supreme Court announced its decision in the case of Bowers v. Hardwick, a case challenging the constitutionality of the Georgia sodomy law.

Michael Hardwick was 29 and tending bar at a gay pub in Atlanta, Georgia, he threw a beer bottle into an outdoor trash can and got cited by the police for public drinking. The cop wrote down the wrong day on his summons. When Hardwick didn’t show up in court as a result, an arrest warrant was issued. An officer later showed up at his apartment to serve the warrant, and a guest who’d been sleeping on the living room couch said he wasn’t sure if Hardwick was home. The cop decided to take a look and found Hardwick in his bedroom, having oral sex with a man and they were both arrested for sodomy.

Hardwick’s case was dismissed without a trial by the district court, and then he actually won on appeal before the U.S. Court of Appeals for the 11th Circuit, where a panel of judges found that his fundamental right to privacy had been violated. . But when Hardwick’s case came to the Supreme Court, Justice Byron White didn’t frame it in terms of privacy or any other civil right. “The issue presented,” he wrote, “is whether the Federal Constitution confers a fundamental right upon homosexuals to engage in sodomy.” The answer was no. White got there by saying that proscriptions against homosexual conduct had “ancient roots,” stressing that at the time 24 states and the District of Columbia continued to outlaw sodomy

The court voted 5-4 to uphold the sodomy law.

White famously got the fifth vote that made his opinion speak for the majority from Justice Lewis Powell, a moderate, who said at the time that he didn’t know any gay people. (He meant openly gay people, since it turned out he had a gay clerk.).  Four years later, Powell famously told a group of law students that he regretted his decision. “I think I probably made a mistake in that one,” he said.

1986:  Dr. William Haseltine responds to a U.S. justice department memo which claimed that he said that HIV could be casually transmitted. He said his statements had been distorted and that casual contact posed no significant threat. Assistant Attorney General Charles Cooper later apologized to him.

Nikoli founded the Gay and Lesbian Organization of the Witwatersrand in 1988. He traveled widely and was given several human rights awards in Europe and North America. He was a member of International Lesbian and Gay Association board, representing the African region. After becoming one of the first publicly HIV-positive African gay men, he initiated the Positive African Men group based in central Johannesburg.

Nikoli died of AIDS in 1998 in Johannesburg

1989:  Activists protest outside the Corcoran Gallery of Art in Washington DC because of the cancellation of an exhibit of photographs by Robert Mapplethorpe.

1990:  Gays in London, England, lay a wreath at the Cenotaph in memory of gays killed in Germany during the Holocaust.

1998:  Lawmakers in Catalonia Spain passed a bill which gives same sex couples the same inheritance and alimony rights as married couples, but stopped short of allowing the adoption of children. Catholic groups condemned the bill, saying it institutionalized immoral behavior.

2000:  David Copeland, 24, is convicted murder for planting a bomb in a London gay bar a year earlier.  Copeland a  Neo-Nazi militant  became known as the “London Nail Bomber” after a 13-day bombing campaign in April 1999 aimed at London’s black, Bangladeshi and gay communities.

2001:  Dozens are injured in Belgrade as roving bands of young thugs attack participants the first gay-rights march in Yugoslavia’s capital.

2005:  Spain becomes the fourth country in the world (after Belgium, the Netherlands and Canada) to legalize gay marriage as the Spanish parliament gives final approval to a bill authorizing same-sex weddings. To no one’s surprise the Catholic Church howled in protest, but the law passed anyway.

2009:  After a strenuous court battle, the Minnesota Supreme Court race was finally decided by a state Supreme Court ruling in favor of Al Franken. Franken is considered a great ally to have in the Senate, as he has spoken numerous times on his intent to vote in favor of expanding rights for gays, and because his vote makes a “filibuster proof” majority.

Video – Bette Midler Forgotten Classic: “Angst On A Shoestring” aka Why Bother? (1985)