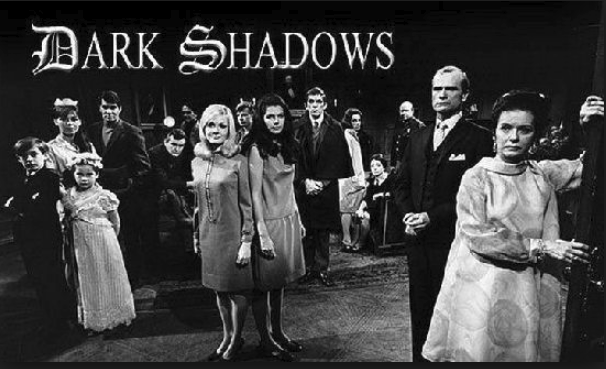 My name is Victoria Winters. My journey is beginning, a journey that I hope will open the doors of life to me, and link my past with my future, a journey that will bring me to a strange and dark place, to the edge of the sea high above widow’s hill, a house called Collinwood, a world I’ve never known, with people I’ve never met, people who tonight are still only shadows in my mind, but who will soon fill the days and nights of my tomorrows.

Long before American Horror Story, The Walking Dead, Supernatural and The Vampire Diaries. Dark Shadows, a gothic soap opera that originally aired weekdays on the ABC television network, from June 27, 1966, to April 2, 1971 and has become one of the Top 25 Cult TV series in history.

The series which had a rocky start and was facing cancellation but became hugely popular when vampire Barnabas Collins (Jonathan Frid) appeared ten months into its run. Dark Shadows also featured ghosts, werewolves, zombies, man-made monsters, witches, warlocks, time travel, and a parallel universe. A small company of actors each played many roles; as actors came and went, some characters were played by more than one actor.

Although the original series ran for only five years, its scheduling as a daily daytime drama allowed it to amass more single episodes during its run (1,225) than most other science-fiction/fantasy genre series  including Doctor Who and the entire Star Trek television franchise.

Dark Shadows also has the distinction of being one of the few classic television soap operas to have all of its episodes survive intact except one, although a handful of early episodes are available only in 16 mm kinescope format. Dark Shadows was filmed LIVE daily.

For a blast to the past all episodes are currently available on Hulu and many on YouTube.

AFA Hate Group Starts Letter Writing Campaign To Obama: Your LGBT EO Has Stopped Us From Being Religious Bigots!