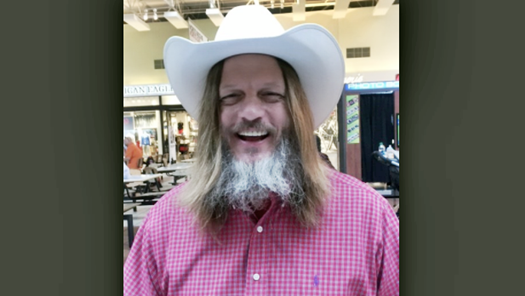 The Texas Governor race to replace Greg Abbott  already has a number of candidates who plan to run in the primaries. While most are Democrats, Abbott himself will face a Republican primary challenger in Larry SECEDE Kilgore. (Yes. His middle name is actually “SECEDE.” So that says a lot right there.)

Kilgore,  an extreme right-wing Christian Nationalist says he won’t cut off his Pappy Yokum beard off “until Texas has laws that can protect unborn children.” He also believes gay people (and other “sinners”) should be executed because the Bible demands it.

Kilgore, whose motto was “Secession! All other issues can be dealt with later” has never won a Republican primary. He ran for governor in 2006 and came second in the Republican primary behind Governor Rick Perry with 50,119 votes.

He’s an ardent supporter of Donald Trump and Mike Pence and also believes that Abraham Lincoln was the American equivalent of Adolf Hitler.

What a scary fucking world we live in.

Chick-Fil-A Backpedals, Issues New Statement On Gay Marriage – Would You Like A Side Of Bulls!@t With That?