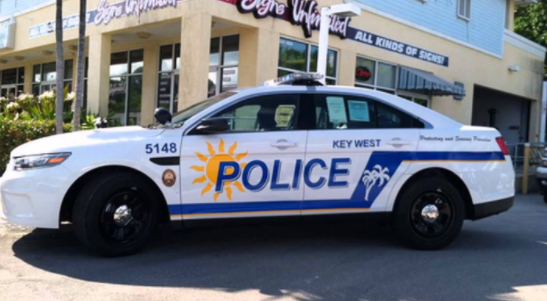 A federal appellate court has tossed out a jury verdict that cleared Key West police of misconduct in a case that dates back to October 2013 during Fantasy Fest.

A new trial was ordered in the case of Raymond Berthiaume vs. the now-retired Lt. David Smith of the Key West Police Department and the city of Key West. Berhiaume alleges Smith tried to frame him in a battery case.

Berthiaume,  said that Officer Smith knocked him to the ground after he had smacked a Key West street sign in frustration during an argument among his friends about going home. Berthiaume’s ex-partner wanted to stay out and swiped the group’s car keys.

Smith booked Berthiaume on a domestic-battery but he was never charged.

In January 2015, Berthiaume sued Smith and the city demanding at least $15,000 in damages. The lawsuit accused Smith of trying to frame Berthiaume for a battery by forcing one of his friends to lie about what happened.

But after a three-day trial in May 2016 at U.S. District Court in Key West before Judge James Lawrence King, a jury ruled Smith didn’t violate any of Berthiaume’s rights Oct. 27, 2013, nor did he make a false arrest.

Berthiaume required surgeries to repair injuries to his jaw and left wrist caused when Smith knocked him to the ground that night.

“Berthiaume noted that homosexuals had only recently begun to gain acceptance in society, and many people still harbor bias or prejudice against homosexuals,” according to the ruling. “Accordingly, Berthiaume contended that in a case such as his, involving both a gay party and gay witnesses, it is necessary for courts to inquire into prospective jurors’ potential biases against homosexuals to ensure a fair trial.”

The federal appellate court ruled that Berthiaume might have indeed been discriminated against by jurors who weren’t asked whether they harbor bias against gays.

“The district court here asked the jurors multiple questions about any biases or prejudices they might have against law enforcement,” reads the decision by the 11th Circuit U.S. Court of Appeal released Nov. 22. “But the district court refused to ask any questions at all about prejudice on the basis of sexual orientation.”

Office Smith retired in 2015 after 25 years with the Key West Police Department.