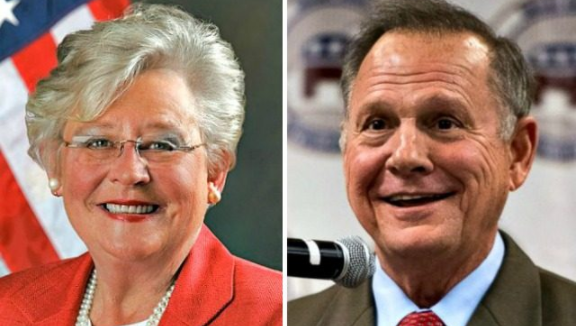 Alabama Gov. Kay Ivey in a press conference stated yesterday that she still plans to vote for Roy Moore in the Dec. 12 election for the U.S. Senate despite allegations of Moore’s sexual encounters with teenage girls which Moore has adamantly denied.

“I believe in the Republican Party, what we stand for, and most important, we need to have a Republican in the United States Senate to vote on things like the Supreme Court justices, other appointments the Senate has to confirm and make major decisions. So that’s what I plan to do, vote for Republican nominee Roy Moore.”

CUNT! (Yeah, yeah. I know bad word. But in this case its an exception)

Republicans: Party over country. And child victims of sexual assault for that matter.

Two Gay Men Shot After Kissing In A Car In Miami

1 thought on “AL Gov. Kay Ivey Will Vote For Roy Moore Even Though She Doesn’t Discount Pedophile Accusations: He’s A Republican”