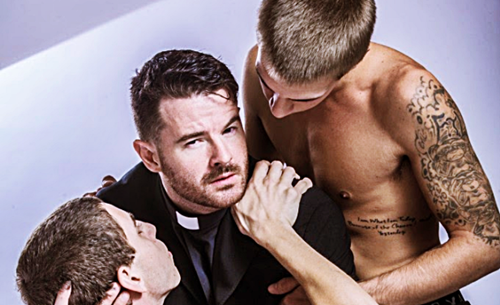 Vatican police raided a drug-fueled gay sex party at the apartment of an aide to one of Pope Francis’ key advisers, according to reports from Vatican City.

Without revealing the name of the occupant of the apartment, police said that the person is believed to be a priest who serves as a secretary to cardinal Francesco Coccopalmerio, the head of the Pontifical Council for Legislative texts and a personal adviser to Pope Francis.

According to Italian daily Il Fatto Quotidiano which first published the news, police raided the apartment in June after complaints from neighbors who reported unusual behavior among people visiting the apartment.

The newspaper quoted the police as saying that they found drugs and a group of men engaged in sexual activity when they entered the apartment. Drugs can change you completely, drug rehab in Tampa FL can help you start over.

The police have arrested the priest and taken him for questioning, presumably on drugs charges. It is not a criminal offence to engage in private same-sex activity in Vatican City.

Ironically the apartment belongs to the Congregation for the Doctrine of the Faith, whose duties include investigating clerical sexual abuse.