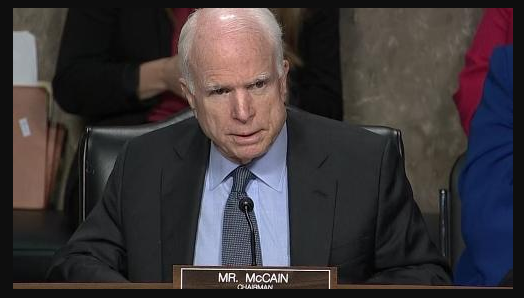 Senate Republicans voted today to advance to floor debate on their efforts to repeal and replace Obamacare with Indianan’s Mike Pence casting the tiebreaking vote.

In a dramatic moment, Sen. John McCain returned from Arizona to applause from fellow senators. He cast a necessary Republican vote for the motion after two GOP senators — Susan Collins and Lisa Murkowski — sided with all Democrats in opposition.
As the vote began, protesters in the Senate gallery shouted “kill the bill” and “shame, shame, shame!”
The vote came as Senate Majority Leader Mitch McConnell and President Donald Trump dared their fellow Republicans to block their seven-year campaign promise to repeal and replace Obamacare.
The next step is floor debate on the legislation to overhaul the Affordable Care Act even though there aren’t any guarantees the votes are there to eventually pass it — and it’s unclear what a final bill will look like.
The vote was up in the air until the last moments, when Several Republican holdouts announced their support, including Sens. Rand Paul, Dean Heller, Rob Portman and Shelley Moore Capitol.
Trump, who has repeatedly said he’s ready to sign any repeal legislation, celebrated the vote, which creates a path to give him the major congressional victory that’s eluded the White House thus far.
“I’m very happy to announce that with zero of the Democrats’ votes, the motion to proceed on health care has moved past and now we move forward toward truly great health care for the American people. We look forward to that. This was a big step,” Trump said at a White House news conference.
“I want to thank Sen. John McCain,” he added. “A very brave man. He made a tough trip to get here.” 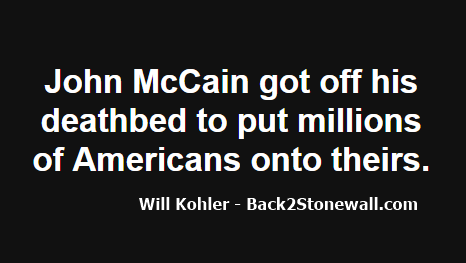