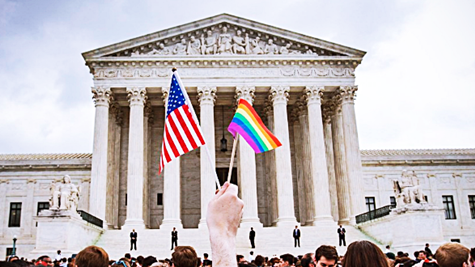 The 11th Circuit Court of Appeals ruled this week that a lesbian employee was not protected from anti-gay workplace discrimination under the Civil Rights Act’s prohibition on sex-based discrimination prohibition, thus ignoring a Supreme Court precedent.

Jameka Evans said that she was harassed, and effectively fired from her job at Georgia Regional Hospital, for being a lesbian. But the three-judge panel on the 11th Circuit Court of Appeals which included notoriously anti-gay Judge William Pryor who was on President Donald Trump’s short list for the Supreme Court, ruled 2-1 that Title VII does not cover anti-LGBT discrimination. And while the panel allowed the complainant to amend her case to alleged discrimination based on sex stereotyping, it ultimately found that “she did not provide enough factual matter to plausibly suggest that her decision to present herself in a masculine manner led to the alleged adverse employment actions.”

Pryor surprisingly previously joined in a 2011 opinion finding that Title VII applies to transgender people. But he also wrote in support of upholding a ban on gay sex in 2003.

Lambda Legal who argued on Evans her behalf that Title VII of the Civil Rights Act of 1964, in a statement that it will seek redress before the Supreme Court.

“This is not the end of the road for us and certainly not for Jameka,” said Greg Nevins, Lambda’s employment fairness project director. “Keeping your job shouldn’t depend on whether or not you pass for straight. There is no way to draw a line between sexual orientation discrimination and discrimination based on gender nonconformity because not being straight is gender-nonconforming, period.”

Gay History – SEX in the 1970’s: NYC’s Christopher Street, the Trucks, and the West Side Highway Piers