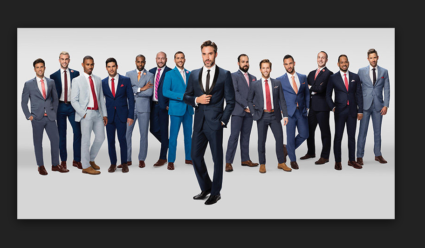 LOGO has announced that it has renewed  Finding Prince Charming for a second season because everybody apparently everyone loves a trainwreck!

The cable network announced Thursday that it has given the green light for another season of the “reality dating” competition series that launched in September and currently airs Thursday nights (9 ET/PT). Lance Bass is host and this season’s Prince Charming is interior designer and Rentboy Robert Sepulveda Jr.

’Finding Prince Charming is unlike anything that’s currently on television and fans can’t seem to get enough of the reality series,” Pamela Post, SVP of Original Programming for Logo, says in a statement. “The show is a winning mix of drama and romance topped with humor and we are looking forward to leveling up next season.”

Others have not been so kind:

The ‘Gay Bachelor’ Is a Disaster: How Could ‘Finding Prince Charming’ Get It So Wrong? – The Daily Beast

Rich Juzwiak over at The Muse was fairly blunt about his impression of the show.

“While undoubtedly a product of vanity, it was neither particularly good nor bad enough to have the makings of a delicious disaster. It just kinda lay there, like a guy who’s been f-cked into a state of dissociated exhaustion.”

According to Logo, casting has already started on Season 2 and and viewers will have a chance to influence the new cast by helping to pick one lucky  suitor  to vie for the heart of the second Prince Charming through an online submission and voting process.

So if you have a hankering to be a vapid shallow ho on television.  From Nov. 3 through Nov. 16, potential contestants may submit a photo or video through Instagram or Twitter, making their case for why they should have a chance at becoming a pariah in the gay community.  On Nov. 17, “fans” are invited to return to vote from a list of finalists and the winner will join the show.  BYOP (Bring Your Own Penicillin)