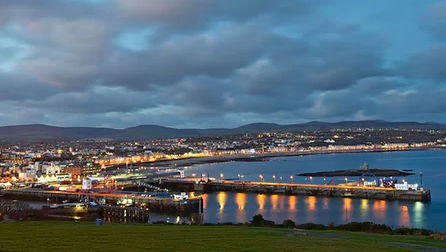 The Isle of Man has announced it will be moving forward with plans to pardon historical convictions for gay offenses.

The former Home Affairs Minister, Juan Waterson, has indicated he’s pushing for the pardon’s to be included in a new sexual offenses act that will be open for public consultation before the end of the year.

The announcement from the tiny self-governing protectorate, that’s located in the Irish Sea between Britain and Ireland, follows a similar commitment from British Prime Minister Theresa May.

May has pledged to implement the Alan Turing law. Turing was a code breaker who a key member of the team that broke the Nazis’ enigma code during the second world war. Turing took his own life in 1954 after being convicted of gross indecency and undergoing chemical castration. He was pardoned for his homosexuality in 2013.

Now the British government is preparing the forgive all convictions for gay offences prior to the decriminalization of homosexuality.

Homosexuality was legalized in the United Kingdom in 1967 but the Isle of Man did not change their laws until 1992. LGBTIQ+ political activists on the Isle of Man have also called for the Chief Constable of the police force to issue an apology for the past actions of the police.

Canadian Prime Minister Justin Trudeau  posthumously pardon a man imprisoned in 1966 for being gay who is largely credited for bringing about a change in Canada’s laws on homosexuality.

But nothing has come from America on the subject of pardoning the thousands, perhaps hundreds of thousands of gay men who were convicted in the past for sodomy offenses.

Through the 20th century, the gradual liberalization of American sexual morals led to the elimination of sodomy laws in most states. During this time, the Supreme Court upheld the constitutionality of sodomy laws in Bowers v. Hardwick in 1986. However, in 2003 the Supreme Court reversed the decision with Lawrence v. Texas, invalidating sodomy laws in the remaining 14 states (Alabama, Florida, Idaho, Kansas, Louisiana, Michigan,Mississippi, Missouri (statewide), North Carolina, Oklahoma, South Carolina, Texas, Utah, and Virginia).

Unfortunately sodomy laws in the United States were largely a matter of state rather than federal jurisdiction, except for laws governing the District of Columbia and the U.S. Armed Forces which makes the process of a mass pardoning difficult if not impossible in America’s current political climate