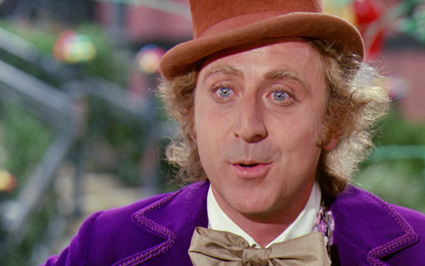 Gene Wilder, who regularly stole the show in such comedic gems as “The Producers,” “Blazing Saddles,” “Young Frankenstein,” “Willie Wonka and the Chocolate Factory” and “Stir Crazy,” died Monday at his home in Stamford, Conn. His nephew Jordan Walker-Pearlman said he died of complications from Alzheimer’s disease. He was 83. He had been diagnosed with non-Hodgkin’s lymphoma in 1989.

The comic actor, who was twice Oscar nominated, for his role in “The Producers” and for co-penning “Young Frankenstein” with Mel Brooks, usually portrayed a neurotic who veered between total hysteria and dewy-eyed tenderness. “My quiet exterior used to be a mask for hysteria,” he told Time magazine in 1970. “After seven years of analysis, it just became a habit.”

And Gene and be sure to tell Gilda and Madeline Kahn that we miss them both.

Happy HomoDays! “All I Want For Christmas” Performed By Hunky British Sailors!