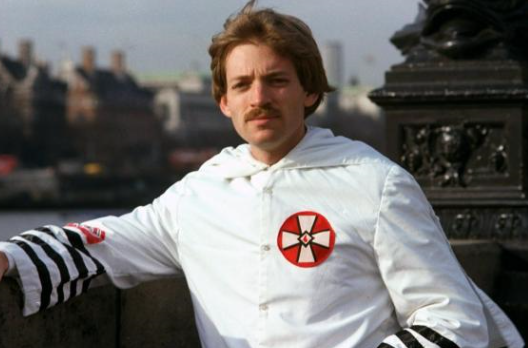 Yesterday, Louisiana-based white nationalist and U.S. Senate candidate David Duke reacted to the news of Hillary Clinton’s upcoming speech about Donald Trump’s ties to the alt-right, a racist movement championed by Duke, by noting that Trump speaks just like alt-right leaders. Duke said that Clinton “is really concerned and really scared because she realizes that there’s a sleeping tiger in this country, European-Americans, that are waking up to the realization that every right they have—the real racism in America is against white people.”

“No candidate in this country would dare even stand up and say, ‘Yes, I definitely am going to defend the rights and the heritage of European-Americans,’” he continued. “One can go on to say, ‘Yes I want to respect the rights of all but I believe our people have rights too and the ethnic cleansing of America has got to stop.’ I believe this is a sleeping tiger that is easily awakened.”

Trump, Duke went on to say, “has energized European-Americans in sort of the implicit statements he makes, such as ‘take America back,’ and we’re going to take America back.”

Duke is also a known associate of Family Research Council hate group leader Tony Perkins who in 1996 while managing the unsuccessful U. S. Senate campaign of Woody Jenkins, Perkins “paid Duke $82,500 for his mailing list.” Despite Perkins’ denials the document authorizing the payment to Duke carried Perkins’ signature.