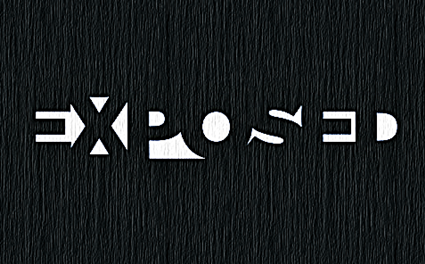 The New Atlantis (which is published by the Center for the Study of Technology and Society in partnership with the anti-LGBT Ethics and Public Policy Center) released a report this week titled, “Sexuality and Gender: Findings from the Biological, Psychological, and Social Sciences.” The report focuses on the higher rates of and explanations for mental health problems among the LGBT community and scientifically addresses some of the most frequently heard claims about sexuality and gender. Most specifically stating that there is no scientific evidence that people are born “gay”.  To that matter there is also none that people are born “straight”

There are many problems with the report including the fact that Lawrence S. Mayer, M.B., M.S., Ph.D. and Paul R. McHugh, M.D., both of Johns Hopkins University, cherry picked research from 200 peer-reviewed studies many of which were sociological and not biological..

Other problems arise with the fact that Lawrence S. Mayer (who is out of his depth on sexuality — he is a biostatistician-epidemiologist) and Paul R. McHugh, M.D., has been outed as anti-LGBT many years ago. McHough has headlined conferences on reparative therapy, cozied up with many Southern Poverty Law Center-certified hate groups, such as the Family Research Council and the World Congress of Families and taken money from the government to argue in court that transgender people don’t need medical care.

McHugh a self-described orthodox Catholic has a history of engaging in behavior that endangers people he disagrees with for religious reasons. Kansas Attorney General Paul Morrison issued a cease and desist legal order in 2007 against McHugh for appearing in an inflammatory video that railed against Dr. George Tiller and which was arranged by anti-abortion activists. It ended up on Bill O’Reilly’s show, and right-wing outrage spread in response to the Fox News segment. Then Dr. Tiller was assassinated in 2009.

Appallingly in his role as part of the United States Conference of Catholic Bishops’ review board, McHugh pushed the idea that the Catholic sex-abuse scandal was not about pedophilia but about “homosexual predation on American Catholic youth.” He filed an amicus brief arguing in favor of Proposition 8 on the basis that homosexuality is a “choice.” Additionally, McHugh was in favor of forcing a pregnant 10-year-old girl to carry to term even though she had been raped by an adult relative.

“Dr. McHugh is an accomplished medical professional completely devoted to the health of his patients. Liberal attacks on him are disgusting.” That’s how Ryan T. Anderson, of the anti- LGBT Heritage Foundation Senior Fellow and Public Discourse Editor, oncedefended Paul McHugh

There’s a lot more bad science connected to Dr. McHugh. And the fact that John Hopkins not only allows McHough to use his title to peddle such blatant anti-gay propaganda is not only dangerous but far from responsible for any bastion of higher learning.