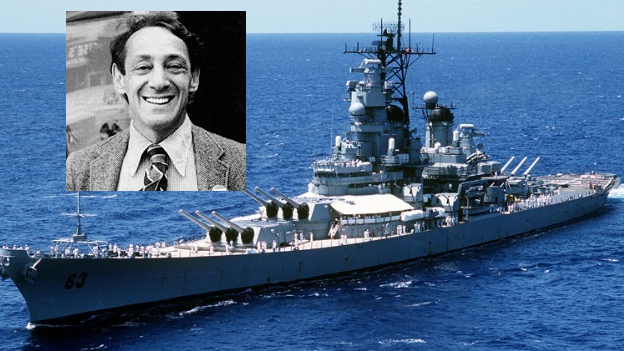 The Navy is set to name a ship after the gay rights icon and San Francisco politician Harvey Milk, according to a Congressional notification obtained by USNI News.

The July 14, 2016 notification, signed by Secretary of the Navy Ray Mabus, indicated he intended to name a planned Military Sealift Command fleet oiler USNS Harvey Milk (T-AO-206). The ship would be the second of the John Lewis-class oilers being built by General Dynamics NASSCO in San Diego, Calif.

The Secretary of the Navy’s office is deferring additional information until the naming announcement, a Navy official told USNI News on Thursday.

Harvey Milk joined the United States Navy during the Korean War. He served aboard the submarine rescue ship USS Kittiwake (ASR-13) as a diving officer. He later transferred to Naval Station, San Diego to serve as a diving instructor. In 1955, he was discharged from the Navy at the rank of lieutenant.

Prepare for the thunderous screams of right-wing religious freaks everywhere.

Obligatory: Harvey Milk will be filled with seamen. (Tee-Hee)

HRC Spins Like A Whirling Dervish, Makes Mountain Out Of Their Sochi Olympics Molehill

The Mormon Church Reaffirms Its Opposition To Gay Marriage: People Are Having Fewer Kids