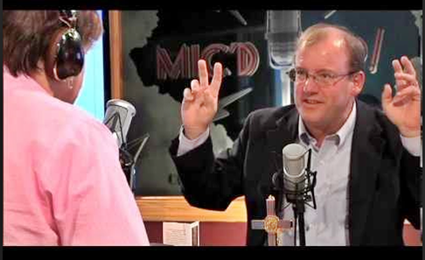 “You know, I sort of see this as a liberal cult, this homosexual revolution. Everybody’s joining it who, you know, who’s basically gotten rid of their Christian understanding of the world. They’ve just rejected God. It’s an anti-God movement. When you would purport to redefine humanity, redefine the rules of humanity, and let’s, you know, people are talking about the transgender issue now, but let’s remember the gay revolution started with “transgenders”. It was drag queens at that Stonewall bar who started throwing bottles and such at the police. And so we’re in a cult here, it’s a liberal cult, and a lot of corporate America has bent the knee, and many, many people, I think you once said, Matt, you think over half the evangelical Christians will accommodate themselves to this sin movement, and I fear you’re right.”