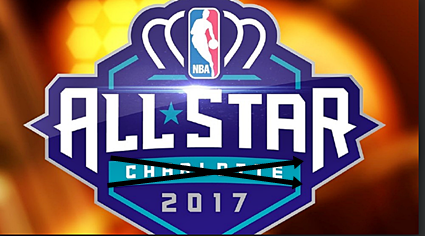 The NBA has pulled the 2017 All-Star Game out of Charlotte, with New Orleans emerging as the favorite to be the new host, reports The Vertical’s Adrian Wojnarowski. The NBA had discussed moving the game in the wake of North Carolina’s controversial “bathroom bill,” legislation passed earlier this year that has been criticized as anti-LGBT. Formally known as House Bill 2, the law forces transgender people to use the bathroom corresponding with the gender on their birth certificate. Both NBA commissioner Adam Silver and Hornets owner Michael Jordan have condemned the bill, though Silver has not publicly committed to moving the game. The commissioner said earlier this month the league would likely make a decision by the end of the summer.