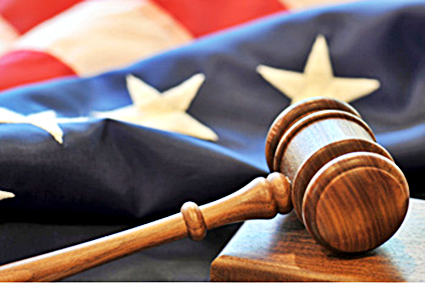 The 7th Circuit Court of Appeals ruled Thursday that a professor who argued that she was not promoted due to antigay bias—was not protected under Title VII of the Civil Rights Act of 1964.   The ruling declared such protections went “beyond the scope of the statute,” which prohibits discrimination based on race, religion, sex, and national origin. Only the Supreme Court or Congress could determine Title VII extended to sexual orientation, it determined.

In the over 40-page document of this most recent decision, U.S. Circuit Judge Ilana Rovner, who was joined in part by Judge Kenneth Ripple, noted the complex “legal landscape in which a person can be married on Saturday and then fired on Monday for just that act.” However, Rovner challenged the logic of the 2015 ruling from the Equal Employment Opportunity Commission supporting Hively’s argument.

“The idea that the line between gender non‐conformity and sexual orientation claims is arbitrary and unhelpful has been smoldering for some time, but the EEOC’s decision … threw fuel on the flames,” stated Rovner, citing cases from 1984 to 2000 that determined anti-LGBT discrimination did not fall under Title VII. “Until the writing comes in the form of a Supreme Court opinion or new legislation, we must adhere to the writing of our prior precedent,” Rovner concluded.

The 7th Federal District Court is composed of Wisconsin, Illinois and Indiana.  While there is a here is a slim hope that the 7th circuit could re-consider this case en banc, odds are that this case will head to the Supreme Court.

AL Gov. Kay Ivey Will Vote For Roy Moore Even Though She Doesn’t Discount Pedophile Accusations: He’s A Republican