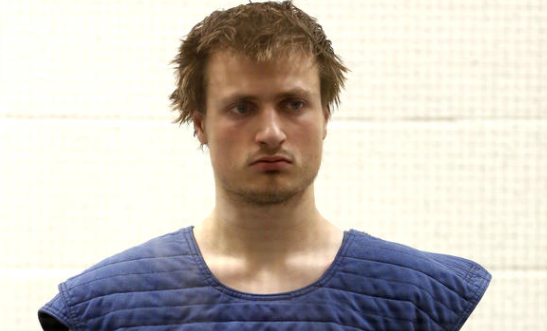 James Wesley Howell, the man arrested just hours before the L.A. Gay Pride parade and had a cache of automatic weapons and explosive materials has also been charged with child molestation in Clark County, located in Indiana across the river from Louisville for having sex with a preteen girl.

The Indiana charge comes the day after Los Angeles County, Calif., officials announced numerous charges against Howell. He faces three felonies — possession of an assault weapon, possession of explosives on a public highway and possession of a high-capacity magazine — and a misdemeanor for possession of a loaded weapon. His bail has been set at 2 million dollars.

According to a probable cause affidavit filed in the case. Howell was supposed to take the girl to a family friend’s house on May 31.

Before dropping her off, according to court documents, Howell parked the car in Clark State Forest and began kissing and undressing the juvenile.

“At the park, they crawled in the back seat (of Howell’s car) and did things they should not have been doing,” the victim’s mother told the IndyStar.

The girl does not understand why Howell is in trouble, her mother said. Her daughter considered Howell as a boyfriend, and “she doesn’t see herself as being sexually abused.”

The daughter told investigators that she “was never forced” to have sex with Howell, court documents said. The two spoke about getting married after the girl grew old enough, the mother said.

In the days following the incident, Howell started threatening to kill himself and members of the victim’s family, according to court documents and the victim’s family. And if police officers attempted to arrest him, he would kill them too.

In earlier reports Howell was referred to as “gay” on the word of a 17 year old young man in Kentucky who claims to have been his boyfriend. He didn’t like anybody to know about it,” said Zach Hambrick, an ex-boyfriend from Charlestown. Hambrick said he met Howell on a dating app.

Those claims of Howell’s bi-sexuality have not been proven.