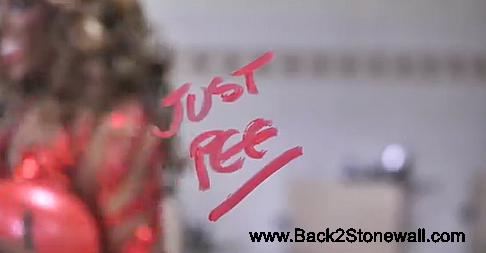 Cyndi Lauper and Harvey Fierstein join the cast of Kinky Boots on Broadway for a bathroom break. You change the world when you change your mind.

Inspired by true events, KINKY BOOTS features a book by Tony-winning theater legend HARVEY FIERSTEIN and direction and choreography by Tony winner JERRY MITCHELL. It tells the story of Charlie Price, who inherits his father’s shoe factory. Looking to save the family business, Charlie turns to a fabulously fashionable new friend — cabaret star Lola — who gives him an outrageous idea that could change both of their destinies. Soon, this unlikely duo creates the most sensational footwear that’s ever rocked the runways of Milan… giving the factory and its hardworking family a sparkling new future.