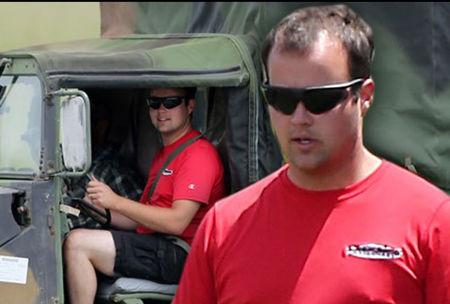 Oh how the mighty sanctimonious child molester has fallen.

People “magazine” is reporting that Josh “It was okay for me to molest my sisters” Duggar who was once Famaily Research Council  hate group President Tony Perkins’ right hand(job) man is now selling used cars for his 17 year old kid brother in Arkansas after completing his Bible-based “rehab” from Reformers Unanimous Mens School of Discipleship in Rockford, Illinois.

During an episode of Jill & Jessa: Counting On, it was revealed that Jinger Duggar and a few of Josh’s younger brothers were making money buying and selling cars. Joy-Anna Duggar was shown helping out by cleaning cars that were purchased at local auctions. Josh reportedly spends a lot of time in the family garage where his younger sister as she wipes down dirty dashboards and de-gunks cup holders.

Ummmmm. That could be a problem.