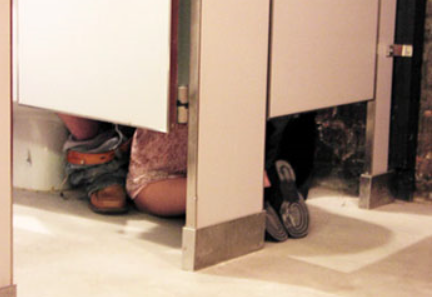 Bruce Nickerson, the attorney who successfully argued that the Long Beach Police Department unfairly targeted gay men when conducting sex stings earlier this year has filed a federal class-action lawsuit against the city, claiming hundreds of other gay men were victims of discriminatory policing.

Last April, a Los Angeles County Superior Court judge overturned the 2014 arrest of Rory Moroney on suspicion of lewd conduct, saying the police department was engaged in discriminatory policing because its vice unit only used undercover men to arrest male suspects who were seeking sex with other men and the same tactics were not used against women.

Moroney was accused of exposing himself to an undercover officer inside of a bathroom known to be a hot spot for “gay cruising.” but he contended he was only reacting to the officer’s flirtation, and the judge agreed.

Stephanie Loftin, who also representing Moroney in his original case, described Long Beach as one of the “last bastions” using undercover decoy tactics to arrest gay men. Many police agencies in California have stopped using such tactics in the face of lawsuits and public backlash, she said.

Scores of gay men have been forced to register as sex offenders in California after they were convicted of lewd conduct under similar circumstances, a practice that ruins lives and unfairly lumps such men in with convicted rapists and child molesters.

The suit asks the court to declare the conduct of Long Beach’s vice unit to be a violation of the 4th Amendment, which protects people against unreasonable searches and seizures, and the 14th Amendment, which guarantees equal protection. The suit also seeks monetary damages.

University Of Chicago Shuts Down Millennials: Does Not Support ‘Trigger Warnings’ At School

Taco Bell Responds To “Gay Commercial” That Might Not Be “Gay”: We Didn’t Make It. Or Did We? – Video