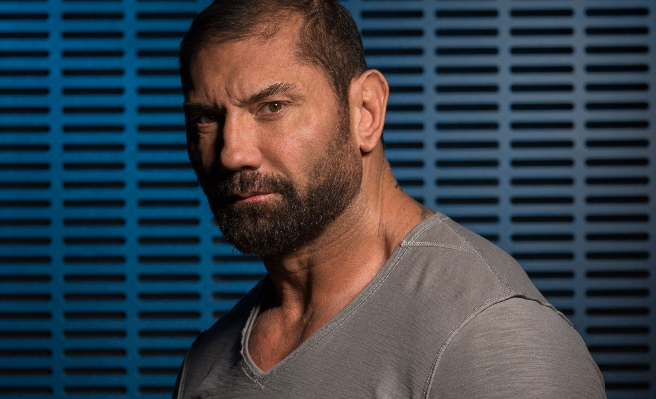 WWE wrestling superstar and cast member of Marvel’s Galaxy of the Guardians Dave Bautista is pissed off at anti-gay boxer Manny Pacquiao for calling gays and lesbians “animals”.  You see Bautista’s mother just happens to be a lesbian.

“So my opinion on that is he’s a fucking idiot. My mom happens to be a lesbian so I don’t fucking take that shit. I don’t think it’s funny. If anyone called my mother an animal I’d stick my foot in his ass….That’s his opinion, but I’m saying I don’t appreciate it.”

Nike dumped Pacquiao on Wednesday after the boxer-turned-politician sort of apologized for his remarks but less than 24 hours later Pacquiao posted a message to Instagram citing a verse from Leviticus which calls for men who have sex with men to be put to death.

“What I am saying is right. I mean I am just stating the truth, what the Bible says…I’m happy. I’m always happy because God is with me.”

The statement caused swift reaction from the sports world, with Magic Johnson vowing to never watch a Pacquiao fight again.

“I applaud Nike for terminating Manny Pacquiao’s contract after his derogatory statements that gay people are worse than animals. Fans of all walks of life including gay fans supported May/Pac fight putting $100M in his pocket. I guess to him their money is still green. I won’t be watching another.

While Pacquiao’s Nike contract has been terminate he is still slated for a major fight at the end of April which many are calling upon to be cancelled.

You can watch Bautista’s interview HERE