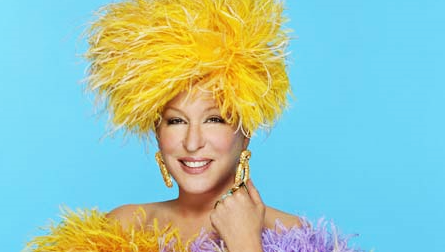 In what will surely prove to be the hottest ticket of the year. The Divine Miss M., Bette Midler has announced that she will play Dolly Gallagher Levi in a Broadway revival of the blockbuster 1964 musical, Hello, Dolly!

Midler issued a statement saying, “I am looking forward to portraying one of the most beloved characters in all of American Musical Comedy, Dolly Levi, born Gallagher, in Hello, Dolly! I know I’m going to have the time of my life, and I am so glad to be under the wings of Scott Rudin as Producer and Jerry Zaks as Director. See you next year!”

Said composer/lyricist Jerry Herman said, “Many times through the years I’ve been asked about bringing back Hello, Dolly! – and it has always been, ‘Who would be my dream Dolly?’ – and though I’ve had literally dozens of names tossed at me, I knew that we needed more than just a wonderful singer or a wonderful actor, so I held on to the hope that she would also be a distinctly original persona. Who is out there that has the necessary stature, warmth, the incredible talent and ability, and especially the singular, outsized personality that I was looking for in a 21st century Dolly? Only one person: Bette Midler. Only Bette could bring Dolly brilliantly back to ‘the lights of 14th Street!’

Pope Francis: “If someone is gay, who am I to judge?” – Evolution or Vatican Cover-up?