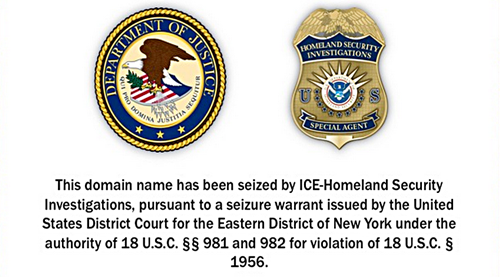 While hundreds of other “straight” escort sites remain open for business the editorial board of the “Old Gray Lady” aka the  New York Times is “baffled” by Homeland Security’s raid on Rentboy.com.

The criminal complaint is so saturated with sexually explicit details, it’s hard not to interpret it as an indictment of gay men as being sexually promiscuous. “Based on my investigation,” Susan Ruiz, a Homeland Security special agent, wrote in the complaint, “I have learned that a sling, also known as a ‘sex sling,’ is a device that allows two people to have sex while one is suspended.” Later, she helpfully explained that “the term ‘twink’ is a slang term for a young, gay man with an effeminate manner, thin build, and no body or facial hair.”

Prosecutors can credibly argue that the site’s operators were breaking the law. But they have provided no reasonable justification for devoting significant resources, particularly from an agency charged with protecting America from terrorists, to shut down a company that provided sex workers with a safer alternative to street walking or relying on pimps. The defendants have not been accused of exploiting sex workers, featuring minors on the website, financial crimes or other serious offenses that would warrant a federal prosecution.

Gay men in the United States turn to sex work for a variety of reasons. In New York, where homeless shelters for gay and transgender youths have lengthy waiting lists, sex work can mean the difference between sleeping on a bed and sleeping on the street. For others, it is a way to afford a degree. The Rentboy.com bust may spook clients and sex workers for a while, but it would be naïve to think it will do much more. Federal authorities should consider whether continuing to spend time and money turning the website’s operators into felons is worthwhile, while far more serious crimes, including human trafficking and sexual exploitation, go unpunished.

Rentboy.com must have forgotten to make this month’s extortion payment to someone.