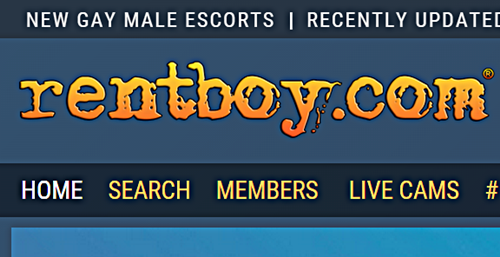 According to the NY Post federal authorities and the NYPD on Tuesday raided the Manhattan headquarters of Rentboy.com and what prosecutors are calling the world’s largest gay prostitution operation in the world.

Brooklyn federal prosecutors said the escort and massage service was really the world’s largest gay “hooker site”, with 2,500 subscribers and $10 million in revenue between 2010 and 2015.

Seven people — including Rentboy.com CEO Jeffrey Hurant and other top staffers were arrested during the raid at 14th Street and Fifth Avenue and are expected to appear in Brooklyn federal court later today.

“As alleged, Rentboy.com attempted to present a veneer of legality, when in fact this internet brothel made millions of dollars from the promotion of illegal prostitution,” Acting Brooklyn US Attorney Kelly T. Currie.

Jeffery Hurant and his staff are all charged with conspiring to violate the Travel Act by promoting prostitution across state lines.  If convicted, each faces up to five years behind bars and a fine of up to $250,000.

Its so nice that there is no more REAL crime in NYC that they can go after consenting adults having sex.

As of this posting the site was still up and pounding away.