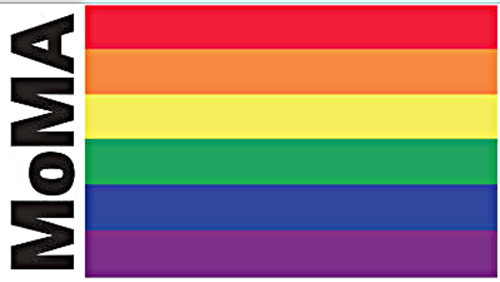 “On behalf of the Department of Architecture and Design at the Museum of Modern Art, I am excited to formally announce that your work, the Rainbow Flag, has been acquired into the collection of The Museum of Modern Art, following our committee meeting yesterday afternoon. I am so delighted we will be able to share your work with MoMA audiences now and in the future, and I am grateful to you for all your help during the acquisitions process. We are thrilled to represent your work in MoMA’s collection”.

For those of you who don;t know the history of our flag.

The original gay pride flag flew in the San Francisco Gay Freedom Day Parade on June 25, 1978. It has been “suggested” that Baker was inspired by Judy Garland’s singing “Over the Rainbow” and the Stonewall riots that happened a few days after Garland’s death  The flag also strongly resembles the ribbon colors of the WWI Victory Medal, though no connection is evidenced. The original flag consisted of eight stripes; Baker assigned specific meaning to each of the colors: 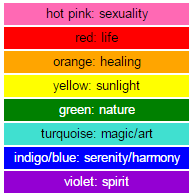 After the November 27, 1978, assassination of openly gay San Francisco City Supervisor Harvey Milk, demand for the rainbow flag greatly increased. To meet demand, the Paramount Flag Company began selling a version of the flag using stock rainbow fabric consisting of seven stripes of red, orange, yellow, green, turquoise, blue, and violet. As Baker ramped up production of his version of the flag, he too dropped the hot pink stripe because of the unavailability of hot-pink fabric. Also, San Francisco-based Paramount Flag Co. began selling a surplus stock of Rainbow Girls flags from its retail store on the southwest corner of Polk and Post, at which Gilbert Baker was an employee.Thirty volunteers hand-dyed and stitched the first two flags for the parade.

In 1979 the flag was modified again. When hung vertically from the lamp posts of San Francisco’s Market Street, the center stripe was obscured by the post itself. Changing the flag design to one with an even number of stripes was the easiest way to rectify this, so the turquoise stripe was dropped, which resulted in a six stripe version of the flag — red, orange, yellow, green, blue, and violet.

In 1989, the rainbow flag came to nationwide attention in the United States after John Stout sued his landlords and won when they attempted to prohibit him from displaying the flag from his West Hollywood,California, apartment balcony.

Linda Ronstadt: Donald Trump is “like Hitler and the Mexicans are the new Jews.”

Family Research Council: The Equality Act Is Not Needed Since Gays Can Become Straight