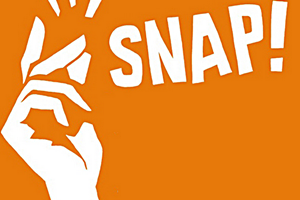 The UK’s National Union of Students Women s Conference is going a bit cra-cra by today passing a motion for gay men to stop hijacking black female culture, and ironically against drag queens where much of the roots of black female culture can be found.

The UK’s National Union of Students has passed a policy to stop gay men appropriating black female culture. Delegates at the Women’s Conference today, many of them self-identified feminists, have passed plenty of motions. Just one of them was ensuring everyone at the conference understood that some behaviors were damaging. On Twitter, they announced: “Some delegates are requesting that we move to jazz hands rather than clapping as it’s triggering anxiety. Please be mindful!” A later motion passed was 503: “Dear White Gay Men: Stop Appropriating Black Women.” Put forward by the NUS LGBT Committee, they believe the appropriation of black women by white gay men is prevalent within the LGBTI scene and community.

And to think. All this time I thought it was black women who were acting like white gay men.

Back2Stonewall.com Live Tweeting and Reporting From The 2012 Democratic Convention