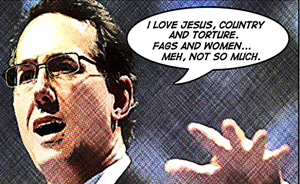 The French Revolution was a radical, secular revolution They burned churches. They killed clergy and what happened? A Reign of Terror. Mob rule. Emperors like (Napoleon) Bonaparte and a secular society that is now Europe. It is now most of Western Civilization.”.

The hostility and animosity to religion, specifically to Christians, “is the battle in America today,” one that is being waged in cities across America including:

“You want to understand … How did we get to this point in America … where the Bible is no longer being taught in schools?” How long (has it been) that we can’t pray in our schools? How is it that this space of religious liberty is getting smaller and smaller and smaller? Bibles exited public schools “because you let them,”

“Why is marriage changing?” Because you’re letting it change. Why do we kill 1.2 million babies every year in America? Because you let it happen. If you didn’t let it happen, it wouldn’t happen.”

“America, must fight or rest assured, our freedoms are going to be taken from us.”.

“Think about the phrase ‘Never Again,’” he said. “We’ll never see a Holocaust again. We’ll never see something like that, certainly Europe, enlightened Europe, learned their lesson, and Jews are fleeing. You say ‘Well, it can’t happen here in America.’ Why not? What makes us so special anymore if we are adopting the ways of the French Revolution?”

“You can make an impact here, in your communities, in your families. Let me just assure you, your country needs you.”

God, you can almost hear the knitting needles clicking.

VIDEO – President Obama Appears On David Letterman: The President Works For EVERYBODY