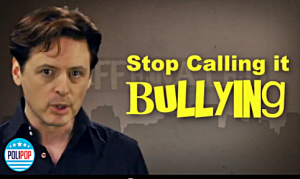 In an op-ed for the Daily Mail, Morgan Piers Morgan has said that, although he agrees with the condemnation of the designers’ comments, he is not in support of the boycott and chastizes Elton John for the call to boycott instead of the offensive comments about same-sex families from Dolce and Gabban who said adopting and having children through in vitro fertilization, are”children of chemistry, and  synthetic children.: and that “uteruses are for rent”, with “semen chosen from a catalog.”

Morgan also said he supports freedom of speech, regardless of how “unpalatable.” He did, however, advocate for ongoing discussion.

The best way to alleviate that discomfort is not by strangling [Dolce’s and Gabbana’s] rights to freedom of thought or speech, or demonizing them. But by making them see that their fears are unfounded. If I were Elton John, I’d stop this silly call for a boycott, and invite Dolce and Gabbana round to one of his houses for to let them see with their own eyes what a great dad he is and how happy and well adjusted his kids are. Elton’s best weapon in this debate is practicing what he preaches, with demonstrable success – not trying to stop others from having an opinion.

Morgan who is not a U.S. Citizen seems to need a civics lesson where “Free Speech” is concerned.

Free Speech in the United States means the government cannot come in and arrest you to prevent you from speaking or arrest you for something you have said [with certain very limited exceptions which do not apply here]. Free speech is the free exchange of ideas and where ideas are freely exchanged there can be friction. If you said something I felt was disagreeable in my home or business, I can require you to leave. If we were friends or acquaintances or business associates of some sort, I could sever that relationship. The vice versa is true. That is the risk one has always taken in exercising free speech.  And that is what has happened to Dolce and Gabbana.

After being fired for fake photos and cancelled for low ratings. Piers should just STFU because no one  really cares about his opinions anyway.

Supreme Court Rules That LGBT Americans Are Covered Under the 1964 Civil Rights Act, Cannot Be Fired For Being Gay

1 thought on “Piers Morgan: If You Boycott Dolce and Gabbana You Are “Bullying” Them”