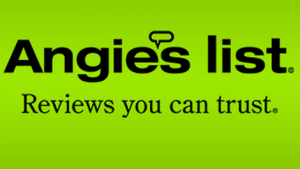 Angie’s List The $315 million corporation which lets users review local businesses, especially home improvement professionals is headquartered in Indianapolis,Indiana. and has been planning a $40 million renovation of its own, moving its headquarters across town and adding 1000 new jobs over five years.  But not anymore.

Angie’s List CEO Bill Oesterle said in a statement today, that the expansion is “on hold until we fully understand the implications of the freedom restoration act on our employees, both current and future.”

“We are putting the ‘Ford Building Project’ on hold until we fully understand the implications of the freedom restoration act on our employees, both current and future.

Angie’s List is open to all and discriminates against none and we are hugely disappointed in what this bill represents. The company will begin reviewing alternatives for the expansion of its headquarters immediately.”

The IndyStar adds that Angie’s list “hinted that moving some parts of the company out of state is ‘on the table.'”

Well at least they’ll know where to get highly rated and trusted movers to get them the hell out of there.