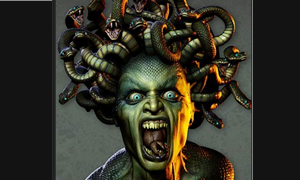 “The leftists love Valentine’s Day. This year, they will exhibit a bizarre preoccupation with the movie Fifty Shades of Grey, as America’s notion of ‘love’ is stretched to unrecognizable limits. So what can Christians do in 2015 to promote true love? Don’t be afraid to say, ‘Not true!’ when some maintain that sodomy and abortion are the high ground, as is same-sex ‘marriage,’ that children should be encouraged to change genders, that Americans are all racists and that Christianity is hateful. Get ready to say NO and shine the light of reality back at them. So, how do we do this? Start with fervent and persistent prayer. Then, commit to at least one ‘push back’ activity each week. Make one phone call to a corporate supporter of ‘LGBT’ deviance. Make an online comment challenging notions of homosexuality as ‘marriage’ or anti-Christian bigotry. Be sure to call your child’s school and object to anti-American, pro-Marxist lessons. – Linda Harvey, writing for Wingnut World Net Daily.

If you’d like to send Linda Harvey a very special Valentines message.  Write to her at:

OMFG WATCH IT!: RAMBO, But Gay: The Musical. (They had me at “discharge”)