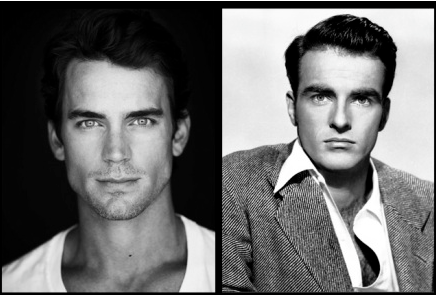 Matt Bomer is soon to return to HBO in the premium cable network’s biopic “Monty Clift”.

Bomer, an openly gay man and heartrob to many men and women alike  won critical praise for his work in HBO’s The Normal Heart.  Ira Sachs and Mauricio Zachariasto to rewrite the script originally penned by Christopher Lovick that centers on the complicated life and hidden gay life of Clift (Bomer), who finds himself deeply involved with a young Elizabeth Taylor following the filming of A Place in the Sun.

“To see the kind of intense vulnerability and realism that he brought to his work at a time when that was not the style—it’s profound,” Bomer said in an interview last year. “He knew everything he was feeling inside—or if he didn’t, you wondered, why was he feeling that when the scene was this? To get to portray someone who was so formative to me as an artist would be terrifying and daunting and thrilling.

Clift’s performance in A Place in the Sun is regarded as one of his signature method acting performances. He worked extensively on his character and was again nominated for an Academy Award for Best Actor. For his character’s scenes in jail, Clift spent a night in a real state prison. He also refused to go along with director George Stevens’ suggestion that he do “something amazing” on his character’s walk to the electric chair. Instead, he walked to his death with a natural, depressed facial expression.   Charlie Chaplin called the movie “the greatest movie made about America.” The film received added media attention due to the rumors that Clift and Taylor were “dating” in real life. They were billed as “the most beautiful couple in Hollywood.” Many critics still call Clift and Taylor “the most beautiful Hollywood movie couple of all time.”

On the evening of May 12, 1956, while filming Raintree County, Clift was involved in a serious auto accident when he smashed his car into a telephone pole after leaving a dinner party at the Beverly Hills home of his now close friend Elizabeth Taylor and her second husband, Michael Wilding. Alerted by friend Kevin McCarthy, who witnessed the accident, Taylor raced to Clift’s side, manually pulling a tooth out of his tongue as he had begun to choke on it. He suffered a broken jaw and nose, a fractured sinus, and several facial lacerations which required plastic surgery

Although the results of Clift’s plastic surgeries were remarkable for the time, there were noticeable differences in his appearance, particularly the right side of his face. The pain of the accident led him to rely on alcohol and pills for relief, as he had done after an earlier bout with dysentery left him with chronic intestinal problems. As a result, Clift’s health and physical appearance deteriorated considerably from then until his death.

Elizabeth Taylor was a significant figure in his life. He met her when she was supposed to be his date at the premiere for The Heiress. They appeared together in A Place in the Sun, where, in their romantic scenes, they received considerable acclaim for their naturalness and their appearance. Clift and Taylor appeared together again in Raintree County and Suddenly, Last Summer.

Clift never physically or emotionally recovered from his car accident. His post-accident career has been referred to as the “longest suicide in Hollywood history””.   Because of his alleged subsequent abuse of painkillers and alcohol.  He began to behave erratically in public, which embarrassed his friends, including Kevin McCarthy and Jack Larson. Nevertheless, Clift continued to work over the next ten years.

But despite earning a nomination for an Academy Award for Best Supporting Actor for portraying Rudolph Peterson, a victim of forced sterilization at the hands of Nazi authorities in the Stanley Kramer film Judgment at Nuremberg Monty was considered unemployable in the mid 1960s, Taylor put her salary for the film on the line as insurance, in order to have Clift cast as her co-star in Reflections in a Golden Eye.

Clift also had a relationship with legendary choreographer Jerome Robbins

Montgomery Clift died on on July 22, 1966.  The autopsy report cited the cause of death as a heart attack brought on by “occlusive coronary artery disease”