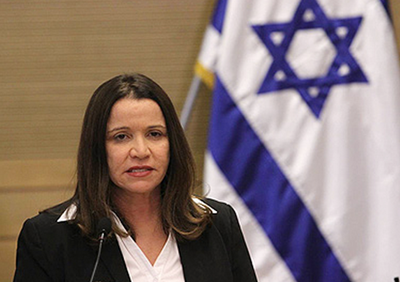 Former Israeli Labor leader  Shelly Yacimovich has asked to have her name removed from advertisements for the 12th annual “Jerusalem Conference on Modernity and the State,” after a session on “conversion therapy for those with same-sex tendencies” was on the schedule of the event.  “If there is something that needs to be cured it is homophobia, racism and the hatred of the other. Publicizing my name embarrasses me and my world view,”

The former Labor party leader was meant to take part in a discussion on Israel’s response to the unilateral declaration of a Palestinian state  a different session at the Jerusalem Conference, and now has yet to confirm her participation.

In a letter Yacimovich sent to conference organizers on Saturday afternoon, the Labor MK wrote: “Conversion ‘treatments’ are an attempt to ‘cure’ people who are attracted to people of their own sex and gender, as if it was a defect or disease. These imaginary and false treatments in the hands of various and sundry charlatans stem from a primitive and dark world view. It is sad and worrying that in 2015 there is a need at all to explain that there is nothing wrong with attraction to members of your own sex, and the LGBT community are citizens with equal rights that there is no reason to cure them of anything.”

The View’s Sherri Shepherd: I’m Not A Judgmental Bigot Because I Believe Gays Are Going To Hell