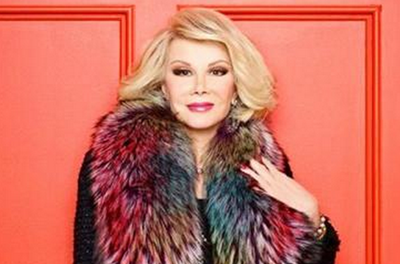 The legendary comic Joan Rivers in life was always a strong  supporter and philanthropist  when it came  gay issues .  And now, even though Joan is gone, she  is still continuing her support by leaving the AIDS charity, Gods Love Deliver a sizable amount of money in her will.

Ms. Rivers trust was filed with New York State Surrogate’s Court on Tuesday – and daughter Melissa Rivers named as executor of her $150 million estate.  And while the exact amount is not known, Joan left a substantial amount to the charity was set up in 1985 to deliver food to men dying at the height of the AIDS crisis – many of whom were not receiving substantial care.

GLWD noe delievers 4,600 meals a day to people living with AIDS and other illnesses across New York City and tri-sate area.

Even in death Joan Rivers is one classy broad.