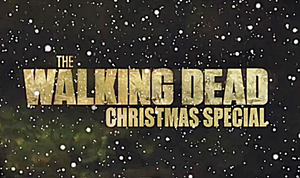 Not even the zombie apocalypse can stand in the way of Christmas.

Okay So Rick Santorum, GOProud’s Chris Barron and Jimmy LaSalvia Get On A Plane Together…..

POLL: Majority of Americans in 47 Out Of 50 States Support Vaccine Mandate

HGTV’s “Never Were” Benham Brothers: We Turned A Gay Guy Straight By Giving Him Baseball Tickets