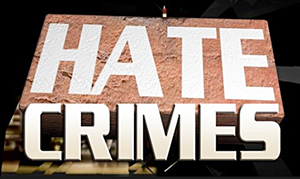 The Long Island GLBT Network gay advocacy group has been receiving hate letters in the mail, including one Thursday threatening to burn down a planned gay-friendly senior housing center, an official said.

“Thought you got the message we are targeting you.” It went on to say the planned senior housing on Bay Shore “won’t be safe.”

“You are not safe, you are being tracked… It is just a matter of time until the right moments arrive to eliminate you and your locations, and the ‘safehouse’ is burned to the ground.”

This is the second letter the group has received in the past four months and the third in the last 18 months, and that each has gotten progressively more violent and threatening.

A past letter threatened to turn the Long Island Pride Parade into a scene much like the Boston Marathon bombing.

Despite the threats officials announced Tuesday that a 50-unit development is planned for senior lesbian, gay, bisexual or transgender residents at a Bay Shore site.

“These letters are a reminder that we still live in a world that is not safe and where hate and violence against the GLBT community is still an issue that we need to be vigilant about and attack head on,” said David Kilmnick, CEO of Long Island GLBT Network.

The letters have been turned over to the Suffolk and Nassau police departments and has been confirmed that they are investigating.

Mission America’s Linda Harvey: The “Gay-stapo” Are Coming For Our Children‏!

Screenshot of the Day: Breitbart.com Supports Gay Marriage, LGBT Equality and the HRC