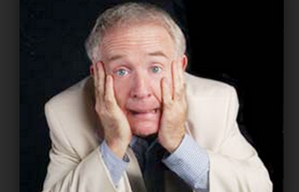 UK “Celebrity” Big Brother contestant Gary Busey got into an extremely homophobic confortation last night after asking a housemate if he likes getting “butt-fucked”.

According to the Daily Star, Busey made the remarks today to Strictly Come Dancing professional James Jordan, who happens to be straight.

The fight started after the former Strictly Come Dancing professional began camping it up with Leslie Jordan as they went through fake Duchess White Dee’s suitcase.

After Leslie dons a pair of white surgical gloves, James mimed taking his trousers down and said: “And assume the position.”

Walking into the room, Busy immediately questioned James’ sexuality, saying: “You are gay aren’t you?”

Jordan tried to clarify that he was comfortable with his sexuality, but Busey continued mocking him, asking him whether he w”to get butt-f**ked”. then things turned nasty when Gary refused to let the joke go and told the group that James had a “little Vaseline tube in every part of his luggage”.

Seeing red, James told Gary to listen to him, not interrupt him and look at him when he’s talking.

Celebrity Big Brother UK also features former homophobic UKIP candidate and boxing promoter Kellie (born Frank) Maloney, who revealed last Sunday that she is transgender, and has begun to transition. And who has been criticized for comments about lesbian and gay people when campaigning for London Mayor in 2004 explained that his (at that time) failure to campaign in Camden was because there were “too many gays”. Maloney later attempted to justify these remarks, telling the BBC “I don’t want to campaign around gays…I don’t think they do a lot for society…what I have a problem with is them openly flaunting their sexuality.”

The now she Maloneyy entered the Celebrity Big Brother house on Monday, with leaks suggesting she would be “one of the most highly paid contestants ever”, picking up a rumored £400,000 fee.

Maloney attracted criticism last week when she said: “I’m not homophobic, I have gay friends… I still don’t think that children should be brought up in same-sex marriages.”

Note:  A clip of the altercation was not available at the time of this posting