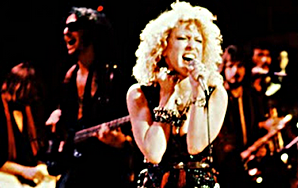 1955 – Rock Hudson marries his agent’s secretary to squelch rumors about his sexual orientation.

1979 – Bette Midler’s first movie, The Rose, opens in theaters and leads to an Oscar nomination for Best Actress for the Divine Miss M

1992 – Approximately 100 people held a vigil outside the home of Chicago’s Roman Catholic Cardinal Joseph Bernardin to protest the church’s teaching that homosexuality is a disorder.

1928 – The New York Times reported that forty distinguished witnesses, mostly authors, appeared in a London court to testify in favor of the lesbian novel “The Well of Loneliness.” The judge refused to hear any of them.

1970 – The Stanford Gay Students Union was formed. It was the second Stanford organization for gay students-a previous organization, the Student Homophile League, was short lived.

1989 – Republican Lobbyist Craig Spence,  committeds suicide after it was discovered he gave secret tours of The White House and ran a male prostitution ring.  During a lengthy interview at a Manhattan apartment a few months before his death, Spence alluded to more intricate involvements. “All this stuff you’ve uncovered (involving call boys, bribery and the White House tours), to be honest with you, is insignificant compared to other things I’ve done. But I’m not going to tell you those things, and somehow the world will carry on

1992 – On Roseanne, Sandra Bernhard plays the first recurring lesbian character on a sitcom

1992 – The Louisiana Baptist Convention voted 581-199 to exclude congregations which condone homosexuality. A similar resolution was approved the same day by the North Carolina State Baptist convention.

PRIDE Is Everywhere! – Boise, Idaho Pride Draws Thousands, Gets Back To The Roots Of PRIDE