Apparently a movie theater in Shanghai, China thought that the image below was an “official” movie image, so they made it into a gigantic movie cardboard display.

THOR: Brothers Should Do It.  (Anyone know where I can get a bootleg copy?) 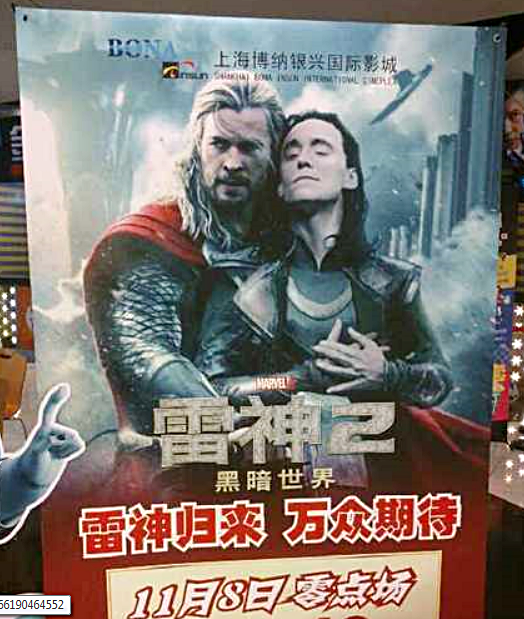 New York Gov. Andrew Cuomo Vows To Protect Gays And Minorities From Attacks By Donald Trump And His Minions