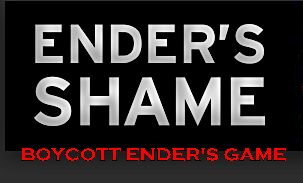 Thor: The Dark World had a CRUSHING 32 Million opening day Friday leaving all the other competition in the dust

Ender’s Game on the other hand can now “officially” be called a flop.  In started off its second weekend had a whopping drop of 70% of its revenue from its previous Friday box office of 8.9 million dollars doing only 2.9 million dollars yesterday and DROPPED to 4th place behind Bad Grandpa (3.7 million) and Last Vegas (3.2million)

A Public Service Announcement For Ted Cruz From ALL New Yorkers – FUCK YOU! – Video

1 thought on “﻿NOW IT IS OFFICIAL – Ender’s Game Is A Bona Fide FLOP!”