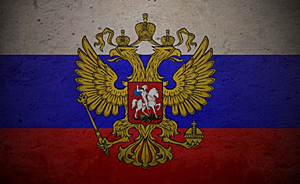 Russia’s Straight Alliance for LGBT Equality held a series of  brave protests in solidarity with other groups around the world this past week against Russia’s extreme discrimination against its LGBT citizens   The Straight Alliance for LGBT Equality  participated in the #Russia4Love – Day of Action despite being stalked and filmed by police, and harassed by anti-gay Russian extremist.

We, Russian LGBT people and their allies, would like to thank all the people around the world who support us and express their concern about the events in our country in hope of making a difference and pulling Russia out of a tightening medieval darkness,’ the organizers said in an official statement.

About 30 Straight Alliance for LGBT Equality members gathered near the city’s statue of Peter the Great in St. Petersburg but soon attracted a police attention who refused to let protesters take photographs of themselves with their signs so the activists moved to St Isaac’s Square.  Police filmed the whole action and demanded the IDs of those involved.

In another part of the city Daniel Grachev,  picketed at the Olympic clock in the Little Stables and was attacked by Russian nationalists who approached him and shoved a cake in his face and said “Welcome to the Soviet Union.  Welcome to Russia”.

Grachev was wearing a T-shirt with a pink triangle, which served as a pretext for an attack, as well as a poster, on which was written ” The Nuremberg Trials, and not the Olympics. ”

“I wanted to convey the idea that Russia is going to fascism, and it is not a place for the Olympic Games and the space for the Nuremberg trials,” – he said.

The two men who attacked Daniel were arrested but while at the police station the St. Petersberg police also checked into Grachev extremism. “I was amused by it.” said Daniel.  “If I am am arrested for calling Russia a facist state then Russia proves that it is indeed a fascist state, “- he concluded. (Loosely translated from Russian text)

Video of Daniel’s attack can be seen below: