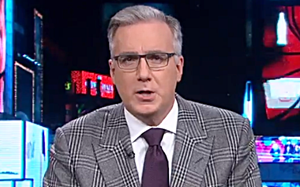 Last night on his new ESPN show Keith Olbermann opened with a 9-minute rant about Russia’s anti-gay laws, the IOC, and Vladimir Putin.

Someone get this awesome straight man an honorary gay card or give him an award already.

Football Legend Joe Namath To Homophobic Bigots: ‘Get Over It’ – Video